Trending
You are at:Home»Afloat»Leven takes helm at CLIA as agents see bookings growth

The majority of travel agents have seen growth this year in bookings for both ocean and river cruises, according to the latest CLIA survey for Ireland and Britain.

The cruise outlook report found that almost-three quarters of travel agents saw growth in the market, with over 75% of customers spending more on ocean cruise bookings. The respective figure for river cruises was slightly lower, at 72%.

The survey comes after the recent announcement that Celebrity Cruises’s Eclipse is to homeport in Dublin in summer 2018. The 2,800-plus Solstice-class ship will sail from Dublin for five northern Europe cruises between late April to the end of June 2018.  More than 14,000 people are expected to start their cruise holidays from Dublin on the ship in 2018, with itineraries featuring Iceland and the Norwegian Fjords.

The survey comes as Stuart Leven, VP, Europe, Middle East and Africa and MD of RCL Cruises, was named the new chair of CLIA. He will take over the managing director of Holland America Line and Seabourn, Lynn Narraway. 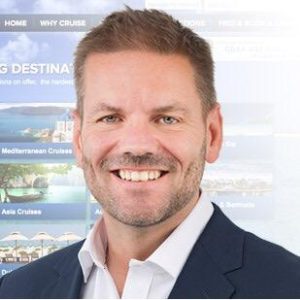