Trending
You are at:Home»Ireland inbound»123.ie: Terrorism, Tea, and the wonderful world of travel statistics 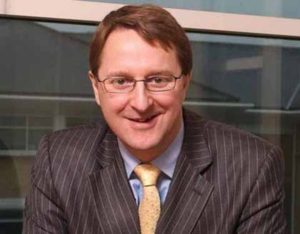 The 123.ie holiday survey, carried out among 771 adults in Ireland, found that over 80pc of Irish tourists say they will avoid travelling to places they perceive as at risk from terrorist attacks.

Places perceived to be most at risk from terrorism were France (94pc cited this as one of the at-risk places), Turkey (91pc) and Tunisia (87pc). As for crime, Mexico (72pc), South Africa (68pc) and Russia (46pc) were perceived to be the most risky. 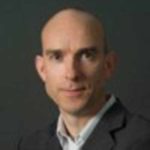 Padraig O’Neill, Head of Marketing, 123.ie “People’s views are obviously influenced by recent attacks in Turkey and last year’s attacks in Paris and Sousse and this has been reflected in their responses, which is totally understandable,Thankfully, the research also indicates that this hasn’t stopped people from travelling abroad and almost three quarters (72pc) are planning a foreign holiday this year.”

When it came to health, India was the country perceived to be the greatest risk to your health (61pc cited), followed by Brazil. As always, when looking at these statistics, consider the words of the great man himself, Dara O’Briain. “‘The fear of crime is rising.’ Well, so what? Zombies are at an all-time low level, but the fear of zombies could be incredibly high. It doesn’t mean we have to have government policies to deal with the fear of zombies.” A gentle reminder not to mistake ‘risk’ for ‘perception of risk’ and vice versa.

Padraig O’Neill, Head of Marketing, 123.ie said “We anticipated that Brazil might feature on the list, given the recent outbreak of the Zika Virus and the ensuing publicity surrounding golfers including Rory McIlroy, Shane Lowry and their decision not to take part in the Rio Olympics. Despite the fact that pregnant women is the group most at risk from the Zika Virus, the global publicity may have contributed to heightened concerns that has been borne out in the research.”

Spain is the most popular destination reported at 41pc plannng a trip there, and 36pc planning a trip to England 14pc of those planning to travel abroad want to go to the US, 15pc to Portugal, and 14pc to France. 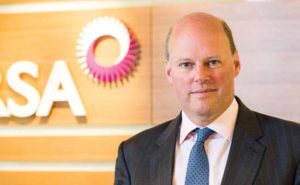 With regards to Irish holidays, Galway city (31pc) and Killarney (29 pc) were the most popular, with Dingle at 24pc and West Cork at 23pc. Killarney and Galway City were most popular in those under 54, with those over 55 going for Westport instead.

Influence by American movies is showing with 38pc going for an American road trip, the same number as wanted an international cruise.

The survey also covered issues such as popular destinations, perceived risk, travel insurance, favourite authors (John Grishman, Marian Keyes, and Maeve Binchy in case you’re wondering, at 23pc, 18pc and 14pc respectively), and what people bring with them while travelling (tea). Yes, tea. We are very Irish, with 1 in 10 reporting a good cup of tea as what they miss about home, 14pc reporting that the first thing they do at their destination is to make a cup of tea (could elicit some weird looks in the airport) and 57pc taking their favourite tea with them on holidays.