Trending
You are at:Home»Travelextras»Thomas Cook pulls its Egyptian plans ex Britain for 2017

Britain’s Thomas Cook is to pull the plug on Sharm el Sheikh and won’t be offering package holidays for summer 2017.

It’s another blow for the Egyptian sun resort, which is not served by Irish operators. The Irish Aviation Authority issued a direction in November 2015 telling Irish airline operators not to fly to Sharm airport or in Sinai peninsula airspace.

The directive was issued following the crash of a tourist flight en route from Sharm to St Petersburg in Russia in October 2015. The resort had been a popular niche offering for Falcon, Thomson and a recent entrant to the market, Red Sea Holidays, in Ireland. 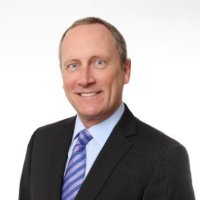 The Department of Foreign Affairs has warned Irish travellers who are in Sharm or other tourist areas not to travel outside the resorts and advises Irish citizens in Egypt “to exercise a high degree of caution”,  and advises against all travel to North Sinai, desert areas close to the Libyan border, and the Rafah border crossing with Gaza.

Thomas Cook said it had “made a small number of packages and flights available”, but had warned customers that these might not be able to go ahead due to the current ban on flights to the resort’s airport.

Thomas Cook Managing Director Chris Mottershead said that even if the FCO changed its guidance it would be too late to offer a full programme and customers who had already booked Sharm would be offered alternative holidays.

In a blog on the Thomas Cook website, Mr Mottershead, a former Managing Director of Tui for Ireland and Britain, said that since October 2015, Britain’s Foreign Office  “has advised against flying to Sharm el Sheikh airport and we have had no indication that this is likely to change in the near future.

“Therefore, we have sadly decided we won’t be able to offer any trips to Sharm next summer. We will continue to offer holidays to the popular and growing resort town of Hurghada on the Red Sea Riviera in Egypt.

He added: “This is sad news for our friends and partners in Sharm with whom we have worked with for many years. It is a fantastic destination and as soon as the advice changes and we can build it into our holiday programme, we look forward to flying customers to Sharm again so they can enjoy all the resort has to offer.”