Trending
You are at:Home»Travelextras»Hastings group to spend €62m on the North’s biggest hotel

Hastings Hotels has announced that it is to spend £53m (€62m) on what will be the North’s largest hotel.

The announcement comes after the hotel chain was granted revised planning permission earlier this month for the multi-storey Grand Central Hotel in Belfast. Building work is now under way following the approval of the revised plans by Belfast City Council which will see an additional 104 bedrooms. 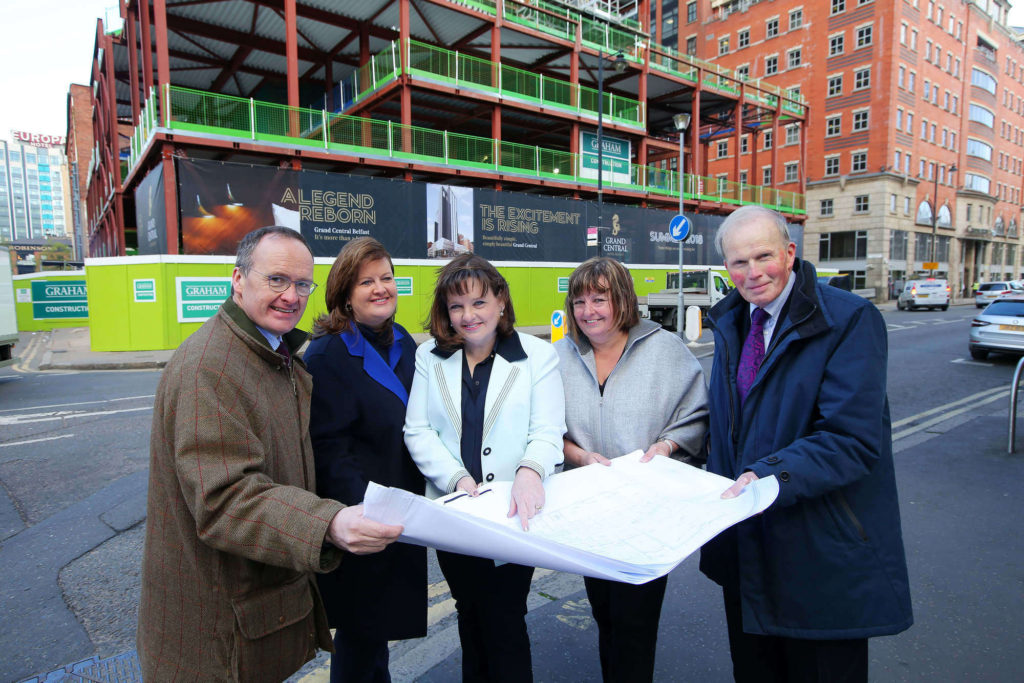 The move will bring the total number of bedrooms to 304 with the creation of over 150 jobs. William Hastings, Chairman of Hastings Hotels, said: “We are pleased that the revised planning permission for the Grand Central Hotel has been approved. This represents our company’s biggest single investment to date of £53m and is the sum required to create a top quality hotel befitting the name, Grand Central, and of which Belfast City can be proud.

“The Grand Central Hotel will be more than a hotel when it opens in mid-2018. It is a legend reborn and to celebrate this, we have created a building wrap, which will be changed at regular intervals before the hotel opens. It will help tell the story of the hotel as it is being built and pay tribute to some of the local companies we are working with who are each playing key roles in helping Hastings Hotels create this major development.”

The hotel, situated in the former Windsor House high-rise tower block – the tallest in Ireland – will dwarf Hastings’ nearby Europa Hotel, which has 272 rooms. The other hotels in the group’s portfolio are the Stormont Hotel, Culloden Estate and Spa, Ballygally Castle, the Everglades Hotel and Slieve Donard Resort and Spa.