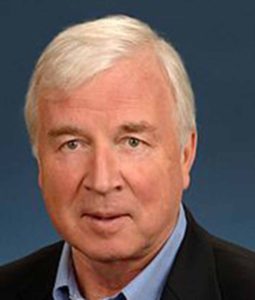 Viking River Cruises’ Viking Freya crashed into a bridge in Erlangen, Germany early Sunday morning, killing two crewmembers and destroying the wheelhouse. According to a company statement, no passengers or other crewmembers were injured.

The dead were a 49-year-old who was guiding the vessel in place of the captain and a 33-year-old sailor. Both men were from Hungary.

German newspapers report that the wheelhouse was not lowered to clear the bridge.

The ship’s 181 passengers and 49 crewmembers were stranded aboard the ship until 6am. when rescuers brought a catwalk to get everyone ashore. Photos of the incident on the Bavarian Radio website br.de showed passengers seated calmly at tables in the ship’s dining room as they waited

Viking has now transported all aboard to local hotels.

Viking Freya was sailing the Rhine-Main-Danube Canal in Germany on its ways to Budapest when the accident occurred. Shipping traffic has been halted on the canal until further notice.

The ship will be moved for repairs. Passengers can continue their cruise with Viking on a modified itinerary and join Viking Bestla in Passau, Germany or choose to return home. Viking’s Customer Relations team will contact all impacted passengers to discuss appropriate compensation when they return from Europe.

Passengers booked on Viking Freya for any further 2016 cruises will instead sail on Viking Bestla, a nearly identical Longship. This is Viking’s third accident this year.

A written statement said “We are heartbroken, and company executives are on the scene to work closely with local authorities to understand the details of the accident.