Trending
You are at:Home»Ireland inbound»25th Ballyhoura Walking Festival was officially the best one yet!

The famous event, which took place in Kilfinane, Co Limerick, attracted a record number of walkers, who also enjoyed the return of live music through the festival’s collaboration with the Joyce Brothers Music Festival, reports Clodagh Dooley 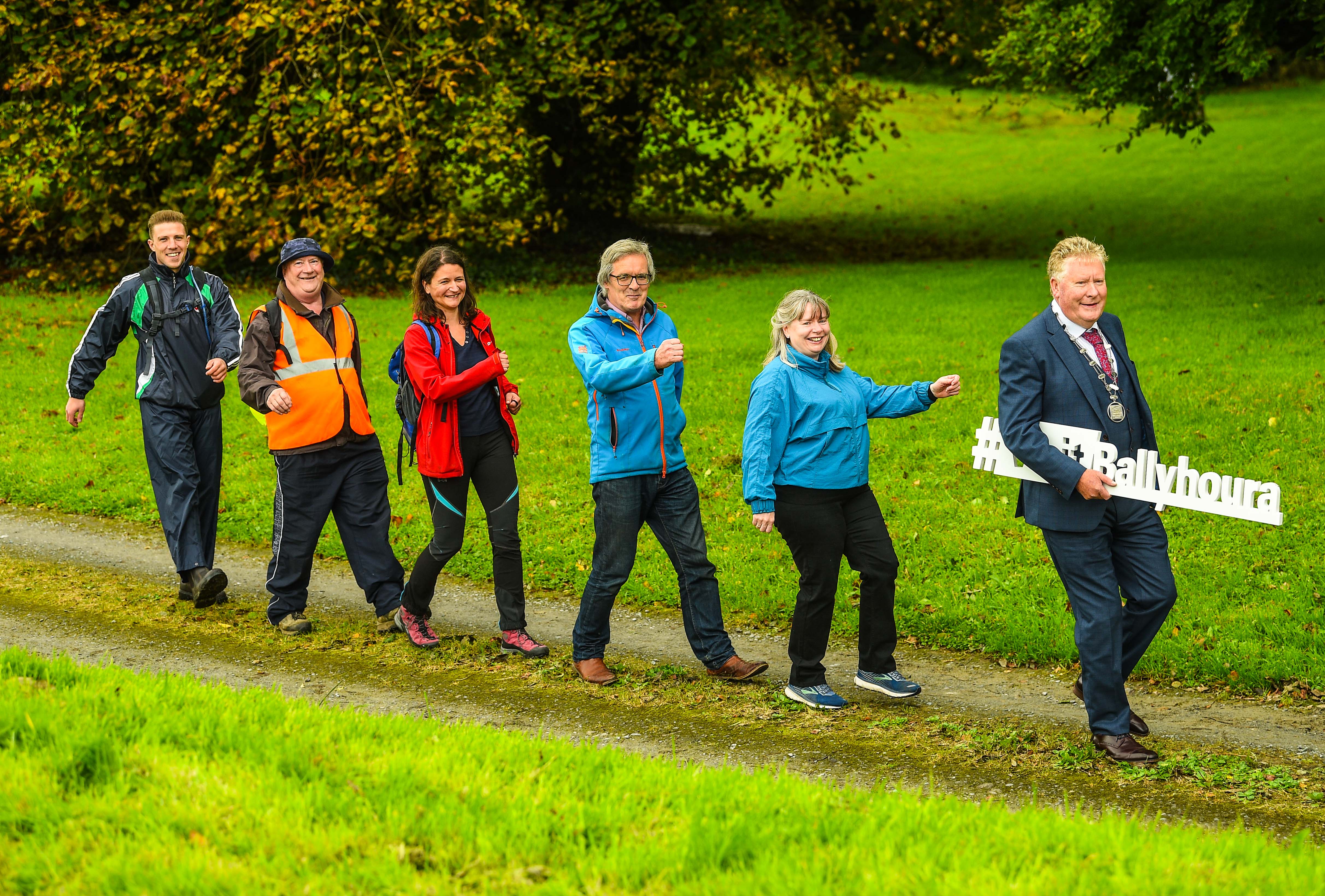 Ballyhoura Walking Festival was Ireland’s first-ever walking festival back in the day. The roaring success of its 25th iteration from 8th-10th October – launched by Limerick’s Deputy Mayor Cllr Tom Ruddle – proved that Ireland loves the great outdoors more than ever. And Ballyhoura more than holds its own at the heart of it all.

Despite the cautious re-opening of the country, the festival safely welcomed over 350 people of all ages from all over Ireland. From Limerick to Dublin, Cork to Belfast, as well as from the UK. The festival’s hub, the picturesque Kilfinane, the highest town in Co Limerick surrounded on three sides by the Ballyhoura Mountains, was bustling with excitement and positive energy from the enthusiastic walkers.

Jana Mannion, Tourism and Marketing Officer for Ballyhoura Development CLG, says, “It was fantastic to see so many people travelling from all over the country to enjoy and experience the wonderful outdoors and beautiful scenery of the Ballyhoura countryside. This was the first event of this scale organised in the area after a lengthy two years of lockdown and restrictions. Seeing our local accommodation and hospitality providers being busy with weekend bookings was such a joy. This year’s festival has given us a lot to look forward to in the coming year!”

Margaret Atalla, owner of Deebert House Hotel, Kilmallock, says, “It was such a great weekend with a lot of excitement and buzz in the air. We had many rooms booked for the entire weekend, as well as a lot of restaurant reservations from day-trippers. The Ballyhoura Walking Festival has brought positive energy to the area, which was much-needed.”

Participants took part in a variety of walks suitable for all ages and abilities, all of which were led by experienced members of the Ballyhoura Bears Walking Club.

Heritage Walks in the Ballyhoura region were also popular, with guided tours of Lough Gur, Kilmallock’s medieval town, and Mitchelstown’s market town. A guided tour of the OPW’s Doneraile Park and Gardens led by the experienced and enthusiastic Myra Ryall, also a proprietor of the stylish Townhouse Café & Interiors in Doneraile, was undoubtedly the highlight of the festival’s heritage tours. Talented members of the Doneraile Drama Society added to Myra’s insights, narrating some of the estate’s history along the way in their period costumes, dressed as characters at the core of the estate’s history.

To top it off, there was a collaboration with the Ballyhoura Comhaltas Ceoltóirí Éireann’s Joyce Brothers Music Festival. With restrictions on live music finally lifted, participants of both festivals enjoyed two glorious nights of entertainment. 150 people attended both live concerts in Kilfinane’s Old Chapel Rooms, as well as live traditional music sessions in local pubs, and music workshops.

Ciara Flanagan, Ballyhoura CCE, says, “The Joyce Brothers Music Festival’s goal to broaden the audience to the Joyce Brothers collection through music, song, historical talks and walk succeeded, thanks to the collaboration with the Ballyhoura Walking Festival. It was a positive partnership of walking, mindfulness, history, music and song.”

The community spirit was front and centre of the Sunday afternoon in Kilfinane. The walk from the Joyce Brothers’ homestead in Glenosheen was followed by music and storytelling at Kilflynn Church. Meanwhile, a picturesque walk along the Keale River for the unveiling of a land-art sculpture of local legend Oisín of na Fianna brought everyone – young and old, locals and visitors – together for a truly enjoyable afternoon in the heart of nature, to enjoy the best of local music and storytelling. Indeed, the winning photo of the Festival’s Photography Competition was taken at this point titled “Finn The Warrior”.

John Fitzgerald, Chairman of Ballyhoura Fáilte, says, “It was so great to see the numbers that attended our recent Walking Festival. We are in challenging and very different times, and these types of events give serious walkers, beginners and families the opportunity to reconnect with the spectacular Ballyhoura countryside.”