Aer Lingus continued to outperform its sister airlines in IAG – British Airways, Iberia and Vueling – with revenue passenger km (in millions) at 1,985 for last month compared with 1,794 in May 2016 – a rise of 10.6pc. RPK is an airline’s way of measuring the volume of passengers carried. 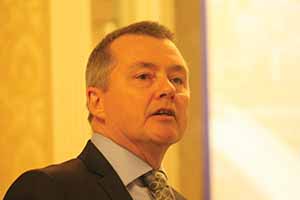 The airline group added that “an independent investigation will examine every aspect of the power failure. British Airways is working hard to compensate affected passengers as quickly as possible”.

IAG also said that its transatlantic low-cost carrier, Level, will increase its fleet to five aircraft next year. It said Level’s sales are “well ahead of expectations in all markets” with more than 134,000 tickets sold since its launch on St Patrick’s Day.