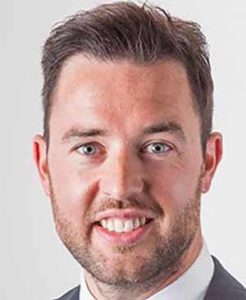 Key areas of responsibility for Keating include sales, distribution, e-commerce and revenue management. Keating has also worked at British Airways, easyJet and Etihad Airways, where he was global sales manager.

Air Transat appointed Adam Clarke as two country head of marketing for ireland and Britain. He joins from Tui Group where he was head of brand activation.

Gilles Ringwald, vice-president, commercial at Air Transat, said: “We are delighted to have an executive of Adrian’s calibre leading our commercial team in such a key market. His proven track record in devising and delivering airline commercial strategies make him a natural fit for Air Transat as we continue to develop and strengthen our presence in Ireland and Britain.”

Adrian Keating said: “Adam Clarke’s credentials as an experienced marketeer for leading travel and consumer brands make him a valuable addition to our team, and will be instrumental as we continue to build Air Transat’s presence in the UK and Ireland with consumer and industry audiences. Air Transat is a longstanding and innovative airline, and one with a proven, strong network across the UK and Ireland.

Adam Clarke said: “I look forward to working with my team to make us the carrier of choice to Canada for both leisure travellers and our valued partners in the travel trade.”