Trending
You are at:Home»Aviation»Aer Lingus beats rivals to be crowned world’s fastest airline…

Aer Lingus has been crowned ‘The Fastest Airline in the World’ – thanks to its speedy staff. 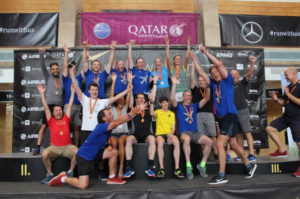 It’s the third time in the event’s six-year history that the Irish airline has taken home the top prize, having won in 2014 and 2016.