The route will operate year round and comes hot on the heels of Aer Lingus’ new route launch to Newark. 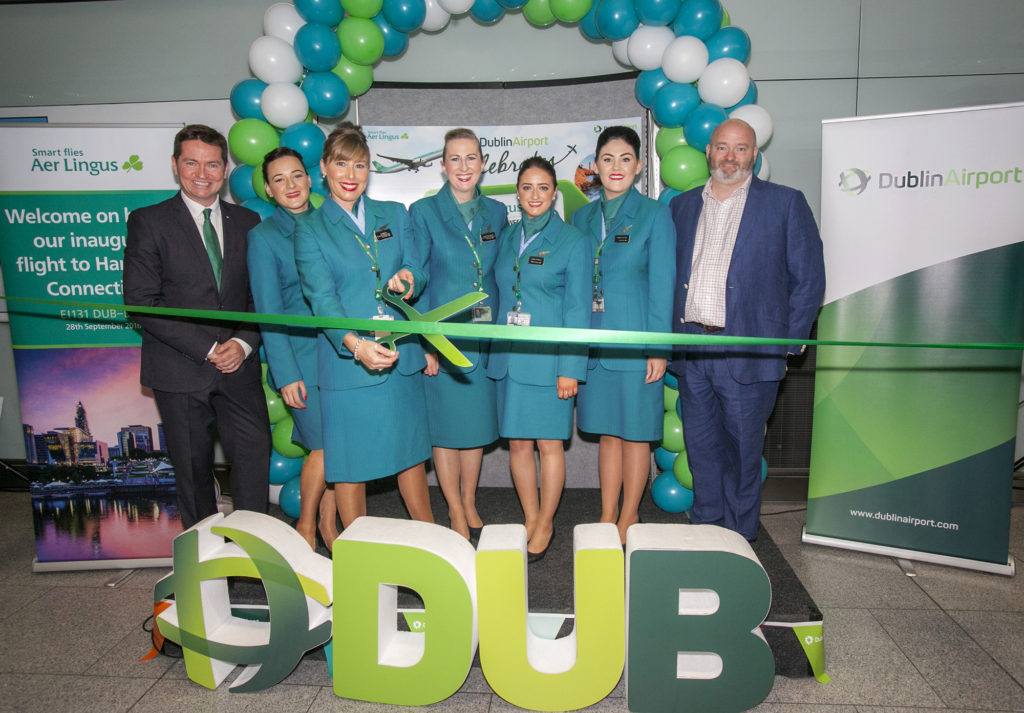 Hartford is the capital of Connecticut, and is often referred to as the insurance capital of the world, due to its housing of many insurance company headquarters; insurance also being the region’s major industry.

Hartford also plays home to the Mark Twain House where the author wrote his most famous works and close by in Newhaven is Yale University – one of the most prestigious Ivy League Universities.

The launch is the third of three new Aer Lingus routes to the US launched this year, the earlier mentioned Newark route and also a new route to Los Angeles. The three routes mark the largest trans-Atlantic expansion of the airline since it began operating a trans-Atlantic service in 1958. The three routes are part of Aer Lingus’ growth strategy to use Dublin Airport as a gateway airport for US travel; key to this strategy is the convenience of US Customs and Border Protection services at Dublin Airport.

Stephen Kavanagh, Aer Lingus CEO, said: “We are delighted to commence a direct service between our Dublin gateway and Bradley International Airport, Hartford and to offer a convenient connecting service from major cities across Britain and Europe.

“Whether travelling for business or pleasure we aim to deliver the quality service and competitive prices that have earned us our Skytrax 4-Star airline status.

“I’d like to take the opportunity to thank all the state representatives, business and community leaders who have supported Aer Lingus to date and we look forward to making this route a success for all involved.”

“Hartford is the sixth new trans-Atlantic route that Aer Lingus has launched at Dublin over the past five years and we look forward to continuing to work closely with them to promote this new service.”