The agreement will see Stobart Air provide an E195 jet – which can carry up to 124 passengers – on an ACMI contract to operate up to eight flights per day from Amsterdam, including Dublin to Amsterdam.

Cityhopper, the regional airline subsidiary of KLM, currently has a fleet of 49 aircraft, serving 69 destinations 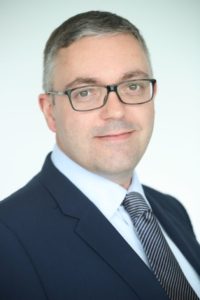 In 2018, Stobart Air’s overall passenger figures increased by 12pc on the previous year, with the airline carrying 2,224,037 passengers on over 43,500 flights throughout the year.

The airline reported a significant increase on its Flybe routes from London Southend Airport, with passenger numbers doubling last year to 500,000.

The Managing Director of Stobart Air, Graeme Buchanan, said: “Last year was a successful year for Stobart Air. As a result of a strong route network and optimum schedules, coupled with operating key routes to meet the demand of our passengers, the airline continues to perform well. The addition of our new partner is testament to the success of our business model in providing regional flying capacity to leading international airlines.”