Trending
You are at:Home»Aviation»Aer Lingus RPK up 11.3pc, ASK up 13.1pc, star of IAG group 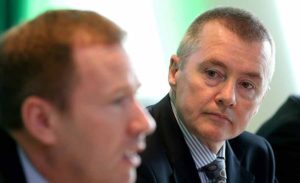 Aer Lingus is the fasting growing of the four airlines in the IAG group. Vueling RPK grew 8.9pc and ASK by 8.4pc, Iberia ERPK by 4.5pc and ASK by 4.7pc and BA RPK by 3.1pc and ASK by 4.2pc. ASK is expected to grow considerably in the last three months of the year with the boost of two extra trans-Atlantic routes to Hartford and Newark.