Trending
You are at:Home»Aviation»Could Aer Lingus be about to take a gamble on Las Vegas from Dublin?

Aer Lingus could be following its new route to Miami with another gateway Stateside – in Las Vegas.

“We are working to build a business case to operate a seasonal service to Las Vegas,” CEO Stephen Kavanagh told the Irish Independent. “We need to find a balance to the peak summer months, where the US consumer the main source of our traffic and where Ireland is the destination.”

Aer Lingus hasn’t yet decided if the service will be year-round, or just “tactically” deployed during the winter months. 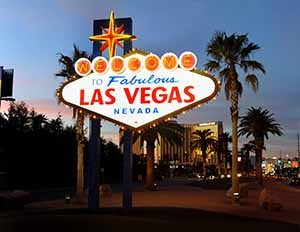 “We’ve a lot of issues to put to bed, not least the cost of the operation, but we think there’s demand there,” said Mr Kavanagh. “We can see from our own traffic data that for the Irish consumer Las Vegas is very attractive.” The full interview can be found here.

The announcement came after Aer Lingus said it was to pull the plug on its upcoming route to Porto.