Trending
You are at:Home»Aviation»End of an era: Cityjet's last standalone route Dublin to London City rebrands under Aer Lingus franchise 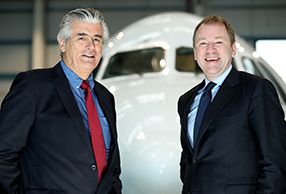 Aer Lingus will operate six daily round trips from Dublin to London City Airport on weekdays, with a reduced service at the weekend, from October 28. The aircraft will be in Aer Lingus livery.
This expansion will enable Aer Lingus to increase its operations between the two capital cities to up to 50 daily flights. Dublin London  is the busiest international air route in Europe. Another IAG airline, British Airways, operates on the same route.
The service will be operated on an ACMI basis, where CityJet provides the aircraft, crew, maintenance and insurance. Aer Lingus shoulders the financial risk, unlike the franchise arrangement between Aer Lingus and Stobart Air, where the latter shoulders the risk and pays a fee to Aer Lingus. 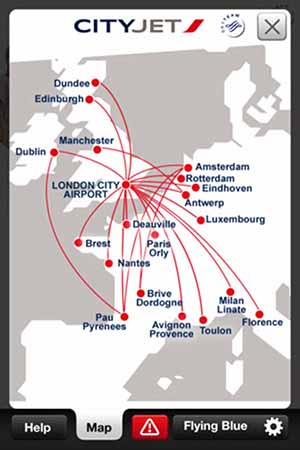 Dublin to London City was the last route operated by Cityjet under its own livery as it transorms itself to a wet lease airline on behalf of Air France, Brussels Airlines, and Scandinavian Airlines. Air France sold CityJet to Intro Aviation in May 2014. The airline was bought by founder Pat Byrne and other investors In March 2016 and is in the act of forming a partnership with Air Nostrum which is expected to be conpleted in September. The airline operates 14 Avro RJ85, 24 Bombardier CRJ900 and seven Sukhoi Superjet 11.
The Cityjet website said: “In recent years CityJet has transitioned from being an airline serving scheduled markets under its own brand to becoming a provider of capacity to customer airlines throughout Europe. Today CityJet announced that, effective from October 27, it will no longer operate scheduled services marketed under its own brand.”
In July, CityJet agreed to merge with Spanish carrier Air Nostrum to create what they said will be Europe’s biggest regional airline group.The merged businesses will have a combined fleet of close to 100 aircraft, and annual revenues approaching €700m. Air Nostrum is controlled by building materials group Nefinsa and Spanish bank Caja Duero. CityJet is controlled by aircraft leasing group Falko.
Stephen Kavanagh, CEO, Aer Lingus, said of the agreement with Pat Byrne’s airline: “Aer Lingus is on an ambitious flight path and working with Pat and his team will allow us add to our extensive services to London Heathrow and London Gatwick.  The Dublin to London City route will facilitate further business flows between Dublin and London and the service will provide those wishing to travel seamlessly from the heart of London City to North America with a very attractive connecting proposition, including US customs and immigration pre-clearance.”
Pat Byrne, CEO, CityJet said: “In recent years we have transitioned CityJet from being an airline serving scheduled markets under its own brand into becoming a provider of capacity to customer airlines throughout Europe. We are delighted to now add Aer Lingus to our growing list of flying partners.  CityJet now employs almost 1,300 people and has a fleet of 45 aircraft flying on over 200 routes across Europe from our crew bases in Amsterdam, Brussels, Copenhagen, Dublin, Helsinki, London, Paris, Stockholm, Tallinn and Vilnius.
“CityJet was one of the first airlines to launch services to London City Airport in 1994 having recognised the convenience and strategic importance of the airport located on the doorstep of London’s financial district. We would like to sincerely thank our loyal customer base who have flown with us over the years and we look forward to continuing to deliver great service to them and Aer Lingus on the route between Dublin and London City.”