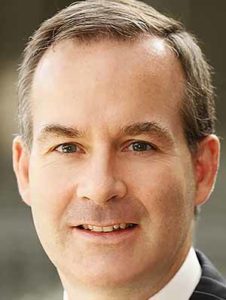 Aer Rianta International’s new CEO Ray Hernan has identified Asia Pacific as a target for expansion: We have a good foothold with Delhi, Auckland and Jakarta but I think we need scale in a region to really start to make an impression,

He said he is looking forward to the opening of ARI’s perfumes, cosmetics, sunglasses and fashion jewellery concessions at Abu Dhabi‘s delayed midfield terminal due to open 2019 having originally been scheduled to open July 7 2017: “When you see the scale of that airport expansion, it will be very exciting. We are also looking at other opportunities coming up and really moving on some of the new locations that we have gained over the last 12 to 18 months, like Auckland Airport.

Hernan said ARI is actively looking at other opportunities in Asia Pacific. “We have a good foothold [in Asia Pacific]with Delhi, Auckland and Jakarta just delivered. But I think we need scale in a region to really start to make an impression. It’s something we will focus on now with the management team and staff.”