Trending
You are at:Home»Travelextras»Australia looking to honour first Irish youngsters who journeyed Down Under for a working holiday

Tourism Australia is on the hunt to find one of the first Irish people to have travelled to Australia on the Working Holiday Maker visa, to honour at a special event being held in Dublin later this month.

The ever-popular Australian Working Holiday Visa (WHM Visa) allows young people aged between 18 and 30 to have an extended holiday by allowing them to work casually for up to 12 months Down Under. 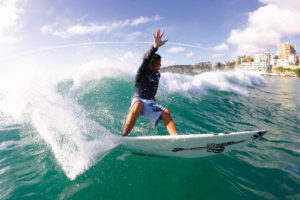 Tourism Australia shot of a surfer

The visa has been available to Irish citizens since 1975. It prompted a flood of young people seeking work and adventure immediately following the crash almost a decade ago, aided by improved access via the Gulf with Etihad and, later, Emirates.

According to the Central Statistics Office the number of Irish people packing their bags and heading to Australia in search of work and adventure peaked at 18,200 in 2012.

For anyone who thinks they may be one of the first people to travel to Australia on the Working Holiday, email ireland@tourism.australia.com. Today, as the economy here recovers, Ireland ranks in the top 20 of countries visiting Australia for a holiday. In the year ending June 30, 57,300 Irish people visited Australia for holidays or to meet family.

“Irish people have been coming to Australia, since the early 1800s, with the two countries enjoying particularly close cultural ties. Australians warmly welcome the Irish backpackers who arrive year-round and it’s never been easier for them get here with increased air capacity out of Dublin and a straightforward visa service. When they arrive, they can live like a local exploring the country’s beautiful beaches, national parks and some of the world’s most liveable cities,” said Denise von Wald, Regional Manager Britain, Ireland and Northern Europe for Tourism Australia.