Trending
You are at:Home»Aviation»Bank Holiday weekend will be busiest in a decade as Shannon counts down to Air Canada route to Toronto

Shannon Airport expects June Bank Holiday weekend numbers to be up by almost 8pc on last year. It said inbound and outbound commercial services are up by 9pc each, with transit services down slightly on the same period, resulting in an overall gain of 7.7pc on the same weekend last year.
This summer the airport will have 150 weekly departures across its transatlantic, European and British networks. The major launch is the new Air Canada route to Toronto, following new Ryanair services to Barcelona-Reus, Bristol, Liverpool and an extension to its Manchester service.
The new routes follow the arrival of key services last year, including the weekly flight to Frankfurt, operated by Lufthansa, starting in April 2017. 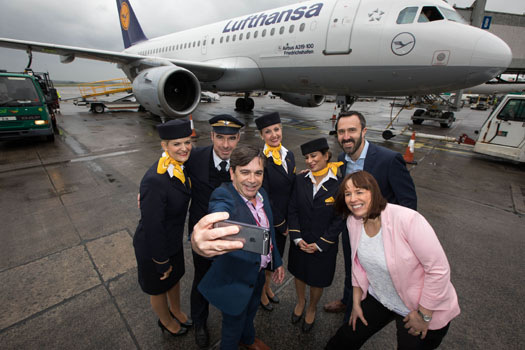 “We worked hard last year to get all these new services on board and we’re thankfully seeing the results of that now.  The June Bank Holiday weekend will be our busiest this decade and significantly ahead of what it was prior to separation,” Said Shannon Airport Managing Director Andrew Murphy
“What we now want is the public to take advantage. We have grown the flight options and the airport has never been more accessible thanks to the completion of the motorway to Galway and up to Tuam.  If the services are supported, I’ve no doubt but we will get more. The good thing for the region is that the more Shannon grows, the better it is for the economy here. Passenger growth means more tourism and more jobs.”