Trending
You are at:Home»Uncategorized»Break for the border – trips to North rise, but spend is down

The North enjoyed a post-Brexit bounce as tourists headed across the border as sterling tanked. New figures show a 27pc rise in the number of visitor from January to September 2016.

Tourism NI Chief Executive John McGrillen said; “Some £2.4m was spent by tourists every day during the first nine months of 2016, a period that saw the opening of the newly extended Belfast Waterfront and an outstanding summer for Titanic Belfast, the Causeway Coastal Route and many other tourism attractions. 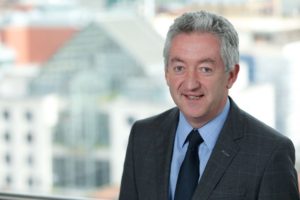 John McGrillen, CEO of the Northern Ireland Tourist Board

“Other contributing factors include the highly successful programme for Year of Food and Drink and, of course, more favourable exchange rates across the peak holiday season.”

He said “Britain and overseas markets performed very well, significantly contributing to increased revenue. More of the January to September trips were holiday trips, up 5pc, with the 1.67m holiday trips representing almost half (47pc) of all trips during this period (up from 46pc in 2015).