Trending
You are at:Home»Aviation»UCC Graduate Sean Doyle to replace Stephen Kavanagh who is stepping down as Aer Lingus CEO 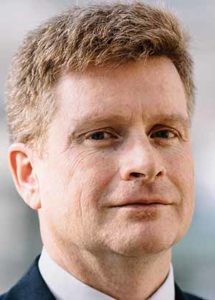 Stephen Kavanagh is to step down as Chief Executive of Aer Lingus on January 1, 2019, parent group IAG announced. He will remain on the airline’s board as a non-executive director. He will be succeeded as chief executive and executive director by 47-year-old UCC graduate Sean Doyle who is currently British Airways director of network, fleet and alliances.

Sean graduated from University College Cork in 1993 and subsequently qualified as an Associate Chartered Management Accountant (CIMA) in 1997. He  joined British Airways in 1998 and started his career as a financial analyst and has served ias Finance Director BA Cargo, Head of Corporate Strategy and Executive Vice President British Airways Americas before becoming British Airways Director of Network, Fleet & Alliances, a role he has held since September 2016. His accountabilities include Network & Fleet planning, Airline partnerships and oversight of BA’s business units at London Gatwick and BA Citiflyer. Sean is a non executive director of Comair Holdings.  He is a keen follower of most sports including golf, football and GAA. 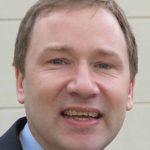 Willie Walsh, IAG chief executive and Aer Lingus chairman, said: “Stephen has been an exceptional chief executive and has transformed and modernised Aer Lingus. After a 30-year career, he has decided to step down. We wish him all the very best for the future and heartfelt thanks for all his outstanding achievements. We’re delighted that Stephen will remain on Aer Lingus’ board and provide advice and guidance to the airline.”

Stephen Kavanagh said: “After a 30-year career in Aer Lingus with the last four years as chief executive, I’ve taken the decision to step down to pursue other interests. By any objective measure Aer Lingus has been successful in recent years and continues to have significant opportunity to build upon the strong fundamentals of our value model. I’d like to thank all those who have provided support and guidance during my time in Aer Lingus. I look forward to working with Sean as he transitions into his new role and wish him and all my colleagues continued success.’’

Willie Walsh said: “Sean has successfully held a variety of roles within British Airways, acquiring significant expertise and experience, which makes him ideally suited to lead Aer Lingus. I am pleased that Aer Lingus chief operating officer, Mike Rutter, has extended his contract and will work with Sean to ensure that the airline continues to deliver its strong performance”.