Trending
You are at:Home»Aviation»Brennan to step down from IAA for move to European air agency

Irish Aviation Authority Chief Executive Eamonn Brennan has been appointed as the new Director General of Eurocontrol, the central organisation for coordination and planning of air traffic control for all of Europe.

The search for Mr Brennan’s successor as head of the IAA will begin this summer as he moves to the Brussels-based organisation of 41 members states which has an annual budget of €500m and a staff of just under 2,000.

Eamonn Brennan will succeed Frank Brenner whose term comes to an end on  December 31. Mr Brennan was nominated by the Government to the new post.

Anne Nolan, chairman of the IAA, said: “Eamonn has provided visionary leadership for the IAA and the Irish aviation industry over many years and we wish him well in his new position at the helm of the European air traffic management industry. 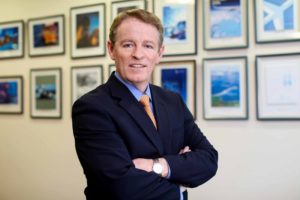 “We are tremendously proud of this marvellous achievement.  This is a very prestigious position and a great reflection on his character and competencies as an aviation leader who is admired and respected throughout Europe.  For the IAA, the process to select Eamonn’s successor will commence over the summer through an open process.”

Piotr Samson, President of the Eurocontrol Permanent Commission, said:  “Eamonn Brennan is a leading figure in European aviation. His leadership experience and understanding of the issues facing air traffic management today will be invaluable in ensuring that Eurocontrol can respond to the evolving needs of all the agency’s stakeholders and support the full implementation of the Single European Sky.”

Eamonn Brennan said: “I hope that I can bring my experience to Europe and Eurocontrol as a unifying force to manage the safe and progressive development of European aviation over the next five years.”