Trending
You are at:Home»Aviation»British Airways, Ryanair, Kuwait, plan to reduce routes to Shannon 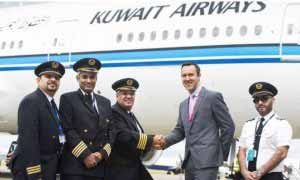 Ryanair‘s Shannon routes to Paris Beauvais and Memmingen will not operate next summer. This follows the 2016 pattern, Ryanair having ceased services between Shannon and Nice and Poitiers. Overall it aims to cut its traffic at Shannon from 800,000 to 720,000.

British Airways is recuing its Cityflier stopover from twice to once daily flights from London City Airport to New York JFK in their business class only service. The service allows passengers to make use of the Irish preclearance arrangement, clearing U.S. border controls in Shannon.