Trending
You are at:Home»Travelextras»CBRE Ireland: Hotel sales treble in 9 months to September 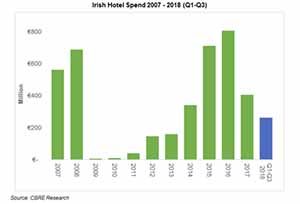 Ireland saw 12 hotel transactions totalling €263m in the nine months to the end of September 2018, according to property consultants CBRE Ireland. A further €17.5m hotel investment  was completed in recent weeks. 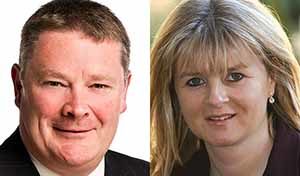 This compares to 23 hotel transactions totalling approximately €87m completed in the first nine months of 2017.

Lisa Keogh of CBRE’s hotels team said “we expect to see significant improvement in this situation in 2018 with several high-profile hotel properties expected to be offered for sale over the next few months. Some of these sales will have been fast-tracked by capital gains tax waiver scheme changes announced in last year’s Budget, whereby assets purchased after 2011, that originally had to be held for a seven-year period in order to trigger a capital gains tax waiver, can now be sold after a four-year hold period.”