Trending
You are at:Home»Aviation»Cobalt, the only Irish air link with Larnaca in Cyprus, has suspended services. 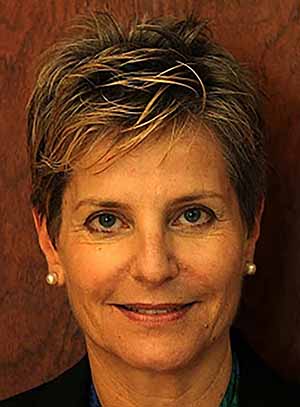 Cobalt, the only Irish air link with Larnaca in Cyprus, has suspended services. The airline told the Cyprus Ministry of Transport at 9pm on Wednesday night that it would shut down shortly after midnight on Thursday after failing to secure an injection of funds from its principal Chinese shareholder, Avic Joy Air.

Flight CO683 from Dublin to Larnaca landed at 22.17, just over an hour before the entire airline service was suspended. The final flight to land was flight CO327 from London Heathrow to Larnaca which landed at 00:10 local time.

A statement urged all passengers not to go to the airport today Wednesday October 18 as no Cobalt flights will operate and no Cobalt staff will be present. Two Cyprus tour operators, Top Kinisis and Orthodoxou Travel, were assisting the repatriation by arranging flights.

Cyprus Transport Minister Vasiliki Anastasiadou said the state will be covering the cost of repatriation of passengers who were left stranded by Cobalt Air bus those passengers will have to return home by October 24. A transport ministry statement issued Thursday said passengers who were travelling on Wednesday and Thursday on flights that were cancelled should secure one-way economy tickets to travel home. Passengers who were travelling on Cobalt Air by October 24, and wish to return home, can contact TopKinisis: 22869999 and OrthodoxouTravel: 24841100 to arrange for a one-way ticket for repatriation whose cost will be covered by the state. Passengers who bought tickets using cards should contact their banks for information regarding reimbursement. The ministry said the state was not legally bound to make such arrangements but it wanted to facilitate passengers.

She said if Cobalt had not announced a suspension, we would have done so because we had given them a deadline to submit a financial statement. The airline had been called before the licensing authority repeatedly in recent days to provide information on its financial situation. The company had asked us for time to find funding to tackle its financial problems.”

Three of Cobalt’s fleet of six were leased out of Ireland. Cobalt has a fleet of two A319s, one leased from CIT, and four A320s, two leased from GECAS and one from ICBC.

Cobalt has served Larnaca 2w since June 2016.  The only other scheduled link with Cyprus, Ryanair serves Paphos 2w. Ryanair said on Thursday it has launched rescue fares on a number of its Paphos routes to accommodate stranded Cobalt customers. Cypriot customers and visitors can fly from Paphos to/from Chania, London Stansted, Tel Aviv, and Thessaloniki at fares starting from €14.99 for travel from November 2018 to March 2019, and from only €29.99 for travel in October.

Ireland lost all of its air services to Cyprus in 2015 with the failure of Cyprus Airways after the European Union ordered it to repay €100m in contested state aid. Tourism numbers from Ireland dipped from 65,000 a year to 3,000.

Cobalt was founded by former Qantas pilot Guy Maclean and ex-Cyprus Airways chief pilot Petros Souppouris in 2015, backed a consortium of Cypriot and other EU shareholders but required the support of a 49% stake taken by AJ Cyprus – the Cyprus-registered arm of Avic Joy Air. They had an initial fleet of three leased A320s, powered by V2500 engines and in a single-class 180-seat layout, and failed to meet expectations. following the successful completion of its maiden flight from Larnaca to Athens, Cobalt on 14 June 2016 began selling tickets from Larnaca on the Athens route as well as on 5 other new routes for the airline to Dublin, Heraklion, London–Stansted, Manchester and Thessaloniki. Cyprus media reported rumours began circulating about the carrier’s cash-flow in early October when two aircraft were grounded for two days following a delay in payment of a monthly leasing fee.

The airline was vulnerable to recent Chinese government tightening of overseas investments by Chinese companies, applied to its main backer Avic Joy Holdings,a Hong Kong-registered company with investments in natural gas, construction and property. Reports in local media suggest that Cobalt’s chief executive, Petros Souppouris, had been in talks seeking funds from an investor and the airline stopped flying after talks broke down. Cobalt’s board proposed its operating licence be suspended only temporarily by the Cyprus aviation authority while Cobalt directors seek new investment. Board member Grigoris Diakos said the airline sought a temporary suspension to “give us time to seek another investor” and said  “If all the licences are cancelled then no new investor will show any interest. An effort was underway in recent weeks  to find a new investor. We said Wednesday would be the last day to reach the decision, we took a decision that was very painful.”

Cobalt delivered the grim news in a brief message on its website: “Cobalt regrets to announce that it will be cancelling all flights as of 23:50pm on October 17, 2018 due to indefinite suspension of Cobalt’s operations. As a result, future flights or services provided by Cobalt will be cancelled and will no longer operate. Passengers who have un-flown tickets are instructed not to go to Larnaca Airport or any departure airport tomorrow, 18 October 2018 as no Cobalt flights will operate and no Cobalt staff will be present. For refunds, please contact your credit card provider or travel agent.” 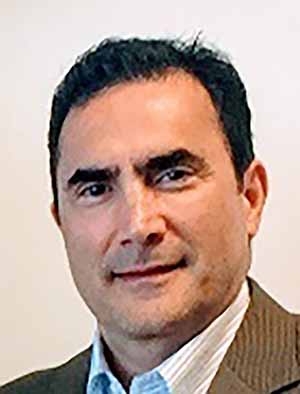 The airline’s main asset is a pair of slots at Heathrow, which it inherited from Cyprus Airways.