Trending
You are at:Home»Aviation»Cork aiming to retain crown as Europe's best small airport

Cork Airport has been shortlisted in the Airports Council International Europe Best Airport Awards for the second year in a row.

It won the Best Airport Under 5 Million Passengers category last year, and is one of six European airports nominated in 2018. The winner will be announced on 19 June at the ACI Europe/ World General Assembly in Brussels. 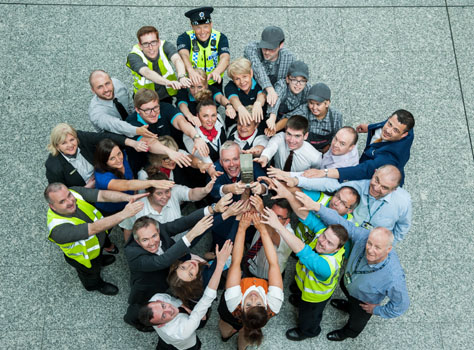 “To be shortlisted this year in the Best Airport Under 5 Million Passengers category is an honour, especially after our win last year. This is a testament to the dedication of the entire team at Cork Airport, who continually strive for excellence ensuring we secure route expansion and growth,” said Cork Airport Managing Director Niall MacCarthy.

Cork Airport is the only Irish airport to be shortlisted for Best Airport based on passenger numbers at the 14th annual ACI Europe Best Airport Awards. The categories include under 5 million, 5-10 million, 10-25 million and over 25 million passengers. The Awards recognise achievement in core activities such as customer service, facilities, retail, security, community relations and environmental awareness and operations.