Trending
You are at:Home»Ireland inbound»Cork Airport teams up with Polish photographer to promote Wild Atlantic Way

Cork Airport has teamed up with Polish photographer Karol Kacmarsky to promote the airport and Ireland’s attractions using time-lapse video.

The video, commissioned by the airport, captured footage of a day in the life of the airport as well as images of Ireland’s Ancient East and Wild Atlantic Way. The video has already been seen by over 165,000 people. 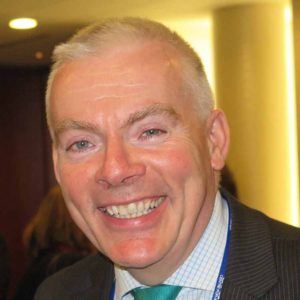 The video follows the experiences of a visitor to the region, from arriving at Cork Airport to experiencing attractions such as Blarney Castle and the Old Head of Kinsale. The video is in fact made up of thousands of photographs and forms a three-minute time lapse, compressed from 72 hours of clippings.

Niall MacCarthy, Managing Director of Cork Airport, said: “Karol’s video is simply incredible and I have to commend him for his commitment to the project, which happened over a number of months. Not only does it capture Cork Airport beautifully, it also really showcases the region’s attractiveness to potential visitors. We are thrilled that it is being so well received and I have no doubt that it will contribute to peoples’ decisions to come to the South of Ireland and experience Ireland’s Ancient East and Wild Atlantic Way.”

Karol Kachmarsky said: “My aim was to put Cork in the spotlight and show-off what’s good about the area.. I am delighted to see how well received it has been so far.”

The video can be viewed on Cork Airport’s Facebook page here.