Trending
You are at:Home»Aviation»Cork anticipates 4pc rise in passengers with 50,000 travelling over June bank holiday

Over 50,000 passengers are expected to travel through Cork Airport across the June Bank Holiday weekend, a 4pc increase on the same period last year, as seven new summer season routes, to destinations across France, Spain and Italy, are launched.

Cork Airport’s Head of Communications, Kevin Cullinane, said the addition of three new routes and services this year has provided greater choice and flexibility for those choosing to fly from the airport. “This is set to be the busiest June Bank Holiday weekend for Cork Airport in four years. All our summer season routes are now fully operational and there will be an influx of visitors into the region over the holiday weekend as well as those heading abroad.” 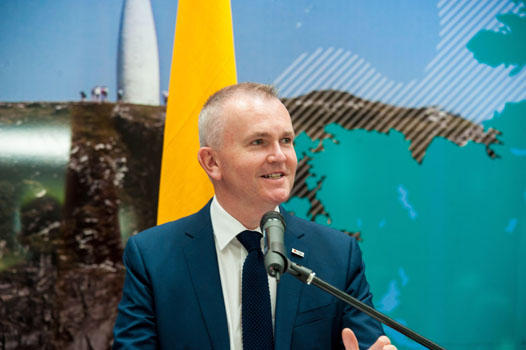 The 2018 summer schedule also sees the addition this year of Air France’s new year-round daily Cork to Paris Charles de Gaulle route, linking the south of Ireland to the French capital and to a further 180 global destinations on their route network. This is also the first full summer season for Norwegian’s non-stop direct transatlantic service to Boston Providence.

“As this weekend is expected to be the busiest so far this year, we would advise all passengers to arrive at least 90 minutes prior to their flight to avoid any unnecessary delays. Passengers are also strongly advised to go directly to the security screening area once they have checked in,” added Kevin Cullinane.