Trending
You are at:Home»Aviation»Cork hires Dublin Airport aviation executive as it aims to grow routes

Brian Gallagher has been appointed as the new Head of Aviation Business Development as Cork Airport aims to grow passenger numbers and add routes.

Mr Gallagher has more than seven years of experience working in aviation development across the DAA, with his most recent role as Airline Business Development Manager for Dublin Airport. Cork Airport said his new role will involve overseeing the continued development of partnerships with airlines, tourism partners and business stakeholders, to deliver continued route expansion and positive growth into the future. 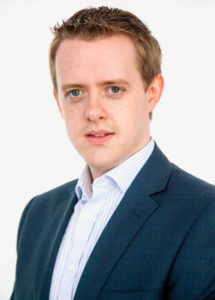 Cork Airport Managing Director Niall Mac Carthy said late last year: “We are focused on growing and expanding our route network and the destinations served, and we are working with all our airline partners to drive this forward.” However, he said that any further routes are not yet confirmed.

Speaking on his new role at Cork Airport, Mr Gallagher said: “I look forward to utilising my experience and knowledge of business development in the aviation industry to further strengthen route development.”

Niall MacCarthy said: “We have seen fantastic growth at Cork Airport with passenger numbers consistently on the rise over the last three years, and Brian’s expertise will only strengthen this success.”