Trending
You are at:Home»Afloat»Cruise ship calls to Belfast set to rise by 31pc this season

Belfast is anticipating a record 285,000 cruise passengers this year, with 151 vessels calling at the port.

The number of ships visiting the port will be up 31pc on 2018, said Cruise Belfast, the partnership between Belfast Harbour and Visit Belfast.

July will be the busiest month with 32 ships calling, including SAGA’s first new build vessel, Spirit of Discovery. Other first time callers to Belfast will  include Disney Magic, and Cruise and
Maritime Voyages’ new ship Vasco da Gama. 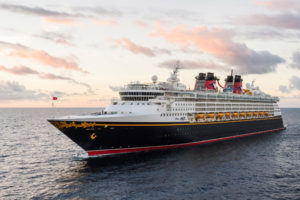 Thirty-five separate lines will call at Belfast, with Cruise and Maritime Voyages (15) and Princess Cruises (13) making the most visits.

Costa line will call at Belfast for the first time while the number of calls from Celebrity Cruises will double to eight. Norwegian Cruise Line is expanding its visits from one in 2018 to 11 calls as part of its strategic growth plans for the Northern European market.

Michael Robinson, Belfast Harbour’s Commercial Director, said: “Every year Northern Ireland’s tourism offer continues to grow, attracting new cruise lines and ensuring that long-established port customers continue to develop their presence in this market. The arrival of almost 300,000 visitors during this cruise season is a significant economic boost for the tourism sector.”

Mr Robinson said Belfast is now the third most popular destination in Ireland and Britain for one-day cruise ship calls after Dublin and Orkney.

The first vessel is due on March 12 while the final visit of the season is scheduled for the end of
October. The largest ship to berth will be the 4,300 passenger and crew Celebrity Reflection, which
is homeporting in Dublin this summer.

Gerry Lennon, Chief Executive of Visit Belfast, said: “In the last five years alone, cruise visitor numbers to Belfast have more than doubled to the 285,000 that we expect to welcome this year.”

Details of the cruise schedule can be found on www.belfast-harbour.co.uk/cruise-schedule/