Trending
You are at:Home»Travelextras»Dalata buys Maldron in Cork & invests €13.2m in hotel development and refurbishment 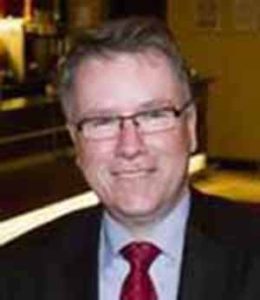 Dalata have completed the purchased the Maldron Hotel Cork for €8.1m.

The hotel group exchanged contracts to purchase three buildings adjacent to Maldron Hotel Parnell Square for €5m with a view to extending that hotel.

In August the group entered into exclusive discussions to acquire the operating interest and commit to a leasehold interest in Doubletree by Hilton Hotel on Burlington Road. The hotel is being sold by private-equity group Blackstone in a deal expected to achieve €180m.

Dalata is Ireland’s largest hotel business and says it invested €13.2m in hotel development and refurbishment in the first half of 2016 and was progressing plans to develop new hotels in Dublin, Cork and Galway and obtain planning permission for extensions to four of its hotels in Dublin and Galway, to add 400 full time roles to current employee base of 3,610 people RevPar rose 11.2pc to €74.90, while noting prospects remained “very strong” for the hotel market in Dublin and the regional cities.

The group reported a 33pc jump in revenue to €130.1m for the six months to the end of June. The company, which runs a string of hotels under the Clayton and Maldron brands, made a pretax profit of €18.2m, up from €2.7m for same period last year. Diluted earnings per share for the period increased from 0.429 cent to 8.429 cent.

The reduction in the value of sterling continues to have a significant negative impact on “euro-translated” earnings from Dalata’s English hotels, it said. The publicly quoted company also said a significant reduction in the value of sterling would make Ireland a more expensive destination for English visitors, which could impact on the number of English residents staying in Irish hotels.

Chief executive Pat McCann said. “We were disappointed with the outcome of the Brexit vote due to the uncertainty it creates and its potential negative impact on the future prospects of the British and Irish economies. To date, we have not seen any impact on trading at our hotels but we are monitoring booking levels closely to ensure that we react quickly to any impact, Overall trade remained above expectations.”