Trending
You are at:Home»Travelextras»Dalata set to open new hotel in Manchester, and calls for 9pc VAT rate to be kept on

Dalata, Ireland’s biggest hotel group, is to open a new hotel in Manchester, it revealed as it release its first-half results for the year.

The Group also called for the retention of the special 9pc VAT rate for the industry, amid calls in some quarters for it to be raised to 13.5pc in the upcoming Budget.

“I am monitoring the ongoing speculation about the possibility of the VAT rate in Ireland for hospitality services increasing from 9pc to 13.5pc. I believe that the reduction in the VAT rate has been hugely positive for the tourism industry and has been a very significant factor in the a dditional 79,1001 jobs created in the sector since the lower rate was introduced in July 2011,” said Dalata CEO Pat McCann. 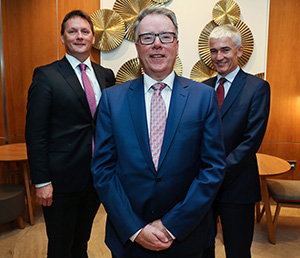 The Group also added: “The reduction in the VAT rate has been hugely positive for the hotel industry as a whole. However, should the rate increase in Ireland from 9pc to 13.5pc, we estimate this could reduce Group revenues by up to 2pc for a full trading year.”

Mr McCann told Travel Extra that he was hopeful – given the background in the sector of Taoiseach Leo Varadkar and Finance Ministers Paschal Donohoe and Patrick O’Donovan, that the 9pc rate would be retained, as the exchequer hasn’t taken a hit in the VAT take, which has reason. He added that the suggestion of a two-tier VAT system for bigger and smaller hotels would be “impossible” to implement.

Dalata said that the outlook for the Dublin market “remains strong”, with RevPar growth of 10.7pc, adding: “The outlook for our Regional Ireland hotels remains positive. Trading has been marginally ahead of last year in July and August.”

The Group has been pushing strongly into the British market, and said trading in hotels across the water “has been mixed but broadly in line with our expectations given the challenging market conditions in some cities” but said its hotels in Cardiff, Manchester, Birmingham and Leeds “all outperformed the market”.