Trending
You are at:Home»Aviation»Declan Collier expects Cityjet’s Sukhoi Superjet to fly to London City by March 2018 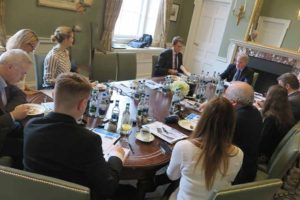 Declan Collier said: “They are talking about the back end of this year and the way the seasons work, in aviation, we are speaking about spring of 2018. One of the exciting things that will happen is our ability to handle next generation aircraft, primarily the Bombardier C-series. We expect to be certifying that aircraft for use in London City within a month and it will start operations this year at London City. It is world leading technology, the first aircraft built form paper to air frame in 30 years. The C-series has been sold to Swiss and Lufthansa. 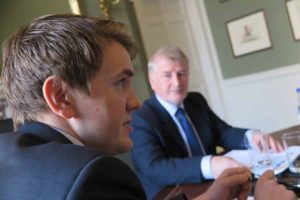 The wings are manufactured in Belfast and are coveted by other airline manufacturers. It is 25pc more fuel efficient, much quieter, very important in an urban environment, but what is really exciting is its range. It expands our range form 1,000 nautical miles to 4,500 miles which means we have the opportunity to open up new rotes to the Middle East, the Gulf, the Stars, down to Lagos, to New York, Toronto, Boston and Chicago. Our development at the airport will be abel to make the space able to handle these aircraft.”

He said 52pc of passengers at the airline are business passengers, down from 62pc, and that “businessmen in jeans” was a growing sector, the airport'[s business clientele using the airport for their desire trips.