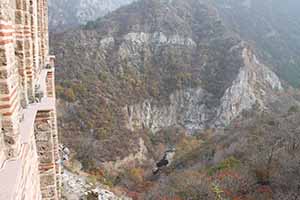 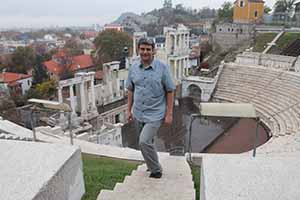 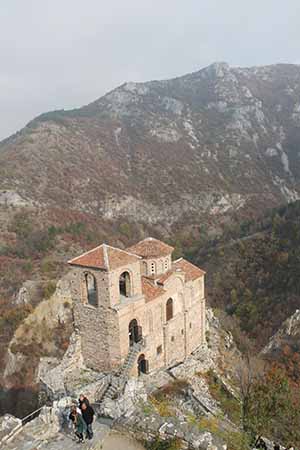 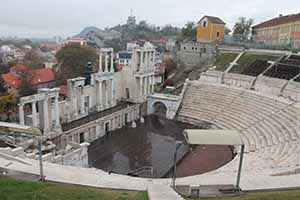 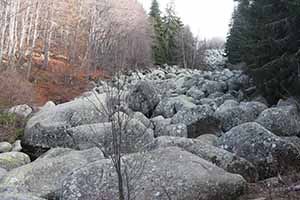 A quarter of the inhabitants of the little mountain village of Momchilovtsi in the Rhodope mountains of Bulgaria are over 85.

Ten of them are over 100. Mayor Maria Nikova has no idea why. Healthy living, she suggests, and yoghurt.

The yoghurt is divine, the specialty of the area and a less discordant symbol of the Rhodope mountains than the famous local bagpipes.

The village is a barometer of how life has changed in rural Bulgaria in the past 25 years.

The villagers are selling their yoghurt to Chinas. There are three co-operatives selling the local potatoes.

The village is picture postcard eastern European, named for the brigand ruler Momchil Yunak, who fought like a Robin hood figure against the Ottomans, and has a church with the longest name imaginable: “holy equal to the apostles emperor Constantine and his mother St Helen,” most famous of the 24 churches and chapels.

And a new breed of tourists have come to stay, snowboarders in winter (a day ski pass is 12 levs, eu6), the mountain walkers of the summer to stay in local family hotels and dine on local delicacies such as the chicken soup cooked in a clay pot, served up by Maria Tsvetekova and cooked by her husband Ivan, washed down with Mavrud wine

This is the polar opposite of the old eastern bloc tourist product, giant custom built resorts with plastic food.

If you fancy somewhere noisier and brasher, Pamporovo is 25km away.

The Rhodope is known for its waterfalls and caves, hilltop monasteries such as Asen fortress and Bachkovo monastery, gorges such as Tigradskoto and alleged wild bears that nobody gets to see.

Maya Vileckova gives guided tours of the Devil’s throat, known for swallowing everything that goes into it in times of flood. “We have no stalactites,” she says “you are welcome back in 120,000 years when there are stalactites.”

Over in the Yagodinska cave Olga Karailieva shows us where couples can get married amid the dripping columns and the cave pearls. “We don’t know how many divorces.”

The mountains are craggy here, and the long canyon ends with the Greek border, once a frontier of the cold war. In the age of paranoia no outsiders were allowed here.

The pride of Plovdiv is its splendid Roman ampitheatre. “Rome, Athens, Amman, Constantinople, Plovdiv were all built on seven hills,” the tour guide Peter Lasarov says.

“They were all destined for greatness”

The last time I went to Sofia, my hotel had a neon sign saying: proletariat of the world unite.

The city was green and fresh and spirited then, and that aspect of things has not changed.

The shops and public buildings look the same, except that you don’t have to queue four times to buy anything.

There are street markets which would do north Africa proud and, when I was there, boisterous protests to remind us they like to indulge their new found tolerance.

The infrastructure has come on by leaps and bounds. Journeys to the countryside have been halved by the motorway system. By 2014 the metro to airport will be complete.

City and mountains merge comfortably. “You should think nature when you think of Bulgaria,” Yulia Mihaylova says, “30pc of Bulgaria is Nature, in France it is 12pc.”

At the Vitosha Nature Park they have 1500 types of vegetation, 150 different kinds of trees and bushes, and a rock canyon. It is almost in the suburbs of Sofia.

Eoghan Corry visited the Rhodope Mountains as guest of the Bulgarian Tourist Board. He flew to Sofia with Lufthansa via Frankfurt.