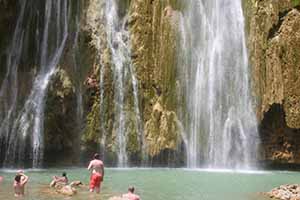 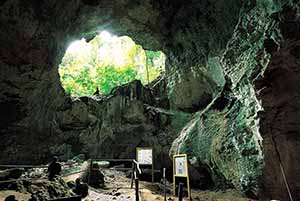 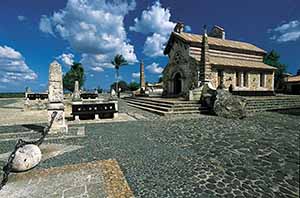 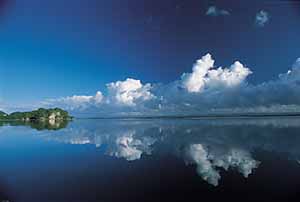 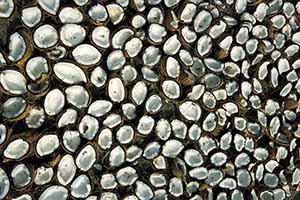 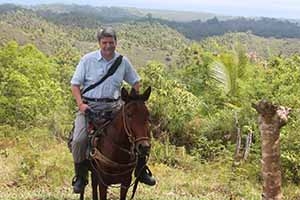 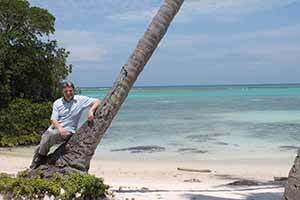 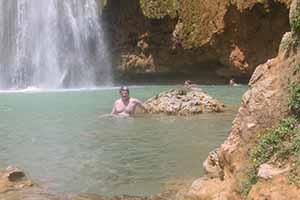 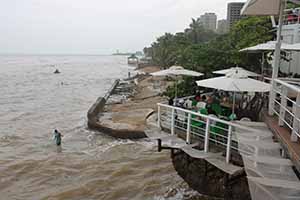 Mention the words all-inclusive and you get different reactions from different people. Travel companies love them, they have helped sell holidays through four years of recession. While the traditional family holiday went into decline, all-inclusive grew.

Go to the Caribbean and you find an entire archipelego has been stained by the onward march of all-inclusive. Stay in the compound with the five pools and 17 themed restaurants and bought—in entertainment and you are miss the best bits.

The original tourist playgrounds of the Dominican Republic were at Cabrera, Samana and Puerto Plata. Most of the original tourists were prisoners in holiday factories, wearing wristbands rather than handcuffs, but just as confined within the resort walls.

Now it appears more than half of them are venturing out to see the countryside around.

What to see? I tried a boat trip to one of the Caribbean’s best beaches at Playa Rincon,

Mangrove swamps are among the most beautiful places on the planet. The mangroves themselves are special, with great stork feet, standing tall, promise oozing from the bits we barely see below the murky water line even more enticing, the darkest and brightest of life forms living close together, camouflaged and colourful in turn, a bright red crab stalking in the tentacles, the big long saplings hanging like hanging baskets and the red mangrove stretched like a carpet everywhere. If an artist or a furniture designer designed this they would be lining up the awards. Except you don’t have the sound of the Quervos in your ears at a furniture awards

Now I know I am in the tropics.

And best of all, everything was dripping, because it was rainy season in the Republica Dominicana.

Next a visit to rock-art at Sanchez, followed by a jaunt through Parc Nationale Les Haitises on a trusty steed called Palmarito. Then, an escape from the all –inclusive world of wristbands to La Casita de Papi in Puerto Plata.

The Wexford, the sunny south east of the Dominican Republic (where it really IS sunny) consists of four major resort areas. The region now has 40,000 beds, comparable with Cancun and approaching the size of the original tourism playground of the north coast, Puerto Plata.

All that was here was a few underused sugar cane plantations in 1983 when a private airport development and a new Club Med started the trend. The rapid growth since has been based on giant all-inclusive resorts, some with 3,000 rooms or more that sprawl along a coastline of narrow white sand beaches and ubiquitous palm trees.

Most of these resorts are holiday factories, with massed ranks of beach beds and humming buffet queues of portly Americans, wrist-banded to indicate they are handcuffed to their accommodation provider.

They want visitors to escape the realm of the wristband here too. Dominican Republic Tourism brought me to Tortuga Bay, a chic beachside hotel with rooms designed by Oscor de La Reata that is so close to the airport they have a VIP service from the steps of the plane. They feed me in La Palapa restaurant on the seashore.

Wherever holiday factories go, a parallel excursion industry will follow. A small army of local tour operators install themselves in the lobby attempting to sell their wares to the wrist-banded internees. The standard stampede excursion is Saona Island, a bounty-bar destination to which 500,000 excursionists travel by boat annually.

So to Dom Rep beyond the wristband, I indulge a swim with the turtles in a fresh water reserve, hikes and horse rides through a nature reserve.

More fun on the rum, a merengue dance lesson from the endlessly patient Liliana Montilla Gurrero, ballerina at the Iberostar Huguey. There are also several renditions of Bachata Rosa by Juan Luis Guerra, the national trubadour, a cross between Dominican Republic’s answer to Christy Moore, Daniel O’Donnell or Bono, or maybe all three.

Our excursion is hosted by a highly entertaining tour guide on a bus which bounces over unpaved roads to convey us to local farmsteads and plantations, sugar cane, rum and cigars in production by bemused looking elderly men and women.

They feed us local food, plantain, chicken and the bounty of the lush hillsides, and bring us to the renowned Macao beach just in time for the thunderstorm.

You cannot imagine anything more beautiful. It is not the sun that takes your troubles away in the Caribbean, it is the rain.