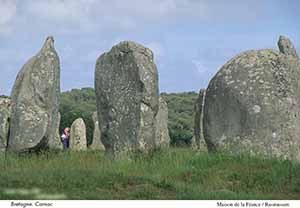 If Brittany was an independent state, as it was until the 1580s, it would be one of Ireland’s favourite holiday destinations.

Each day of the week is a revelation, the beaches, the countryside, the markets, the cider (and calvados) but especially the walled towns.

And the sprit of the people is familiar, that resilient indendence. They have even taken to Gaelic football with enthusiasm, operating an extensive recreational league which remains unaffiliated to Croke Park. 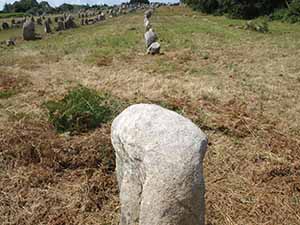 It is a place we often drive through en route to the holiday favourites further south, a stop in the overcrowded Mont St Mchel being as much of a taste which we indulge. If we did pay more attention, we might go no further than Brittany.

When Irish people DO stop we camp on the coast. There are other options.

Our home for the week is the Domaine de Cicé-Blossac, a pleasant golf and spa resort with 120 rooms, about 15 kilometers from Rennes.

It was chosen as our base, because I have made a conscious decision to finally get to the heart of Brittany instead of speeding through it like most Irish tourists do. 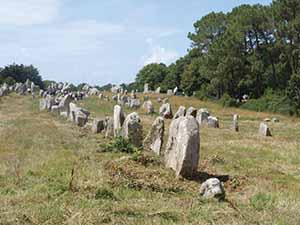 The self catering units are expansive and comfortable with a covered balcony, which is fortuitous because it has rained every day of our stay.

The secret weapon is the restaurant on the course, with a Eu16 set menu that would leave many more expensive restaurants stranded in the rough.

It is tempting to stay and play, but there is lots to see. Our guide in Rennes is Séverine Even, lively and knowledgeable as she brings us into hidden courtyards and reveals a town that we tend to pass rather than stop. The tour includes a ramble in the massive gardens and a jaunt on the subway, because Rennes is the smallest city to have its own Metro, smaller than Cork with 210,000 people and a student population of 60,000. 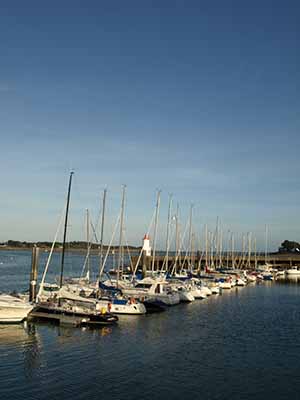 Since I first came in the 1980s it has changed beyond recognition, its city centre pedestrianised and its old wooden fronted pubs and shops revealed to the world once more. As dusk descends the town fills with life, the babble of conversation from the tables spilled over the streets and a rock concert in the square on front of the Hotel de Ville. “Nothing works in Rennes except fire,” Séverine quotes.

The town burnt, famously in 1720, fire consuming 945 half-timbered houses, leaving 8,000 homeless but the ancient houses outside the bounds of the conflagaration are thankfully still there.

She does have a point. In 1800 the Opera burnt to the ground. Opposite stood a statue of Anne de Bretagne kneeling before the king. This was politically unacceptable to Breton nationalists, who in 1932 blew it up (a delegation later participated in the destruction of Nelson’s Pillar).

Finally, the parliament roof burned during a fishermens’ protest in 1994 and the priceless tapestry sent to Paris for restoration was destroyed when the workshop there burnt down

The spirit of the city survived. With 60,000 students, this is a city for the young. When the students are gone the city works hard to keep the party going. The summer Tombee de la Nuit festival attracts some 1,000 live artists with free conertsin the main square.

We wandered the streets and the music flowed out from every door, inviting us to linger. 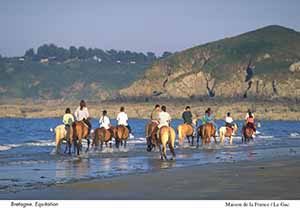 The winter Transmusicales offers two weeks of rock music. More sedate but no less interesting are the Breton Museum and Art Gallery, one of France’s foremost provincial venues

At Rue St Yves the fourteenth-century chapel of the former indigents’ hospital is tastefully converted into a museum. The Rue des Dames is named for the maids of local heroine Anne of Brittany. Her royal marriage signalled the end of Breton independence, in 1532, in favour of the French crown.

Royal protection shaped the city; redundant battlements were cannibalised for building material. Only the Porte Mordelaise and its once cannon-toting barbican remain.

Les Lices, despite being one of the largest markets in France, feels like a small village; a social occasion as much as a shopping foray. The market is overlooked by the patrician town houses of ministers of the Breton parliament.

An amazing dinner in the St George Creperie in the Rue du Chapitre, an intimate setting in a rambling old home. My St Jacques scallops are so juicy a pilgrim would need to do penance before he continued on the camino.

Further afield, Fougères is a ruggedly beautiful fortified frontier town just off the road from the ferry, not exactly undiscovered but a hideaway compared with Mont St Michel, with an amazing frontier chateau that seems to ramble along the headland, making up its defensive strategy as it goes along. The stories here are of Anne of Britanny, the Duchess who married two French kings to save her province from being subsumed by the French.

Our guide in St Malo tells the story of the cat who died for France. It happened in the 17th century when the Brits decided to drive a sailing ship loaded with explosives at the walls of the city, but it went off prematurely and wiped out the invading army instead.

The only Breton casualty was a cat who has had a street named after him for his heroism. It is one of episode of a storied past in a scenic city. I have always wanted to climb the town ramparts, all that survived of WW2, and hear about the corsairs who ran an industry out of the town. It is a splendid place, best viewed, like Mont St Michel, from the beach below the town, surrounded by the tide-rushing water and a sprinkling of fortified islands

Reasons why we love France, the people, the attitude, the way the culture of appreciation of the finer thinks of life seeps under your skin.

The last stop before the journey from Roscoff to stock up on wine, garlic, olive oil and onions.

Someday we will leave the children behind to get more wine into the car.