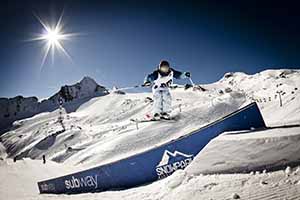 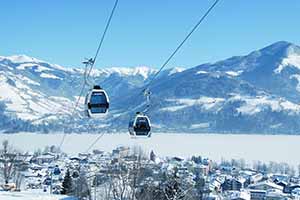 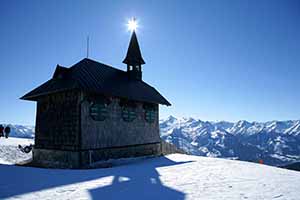 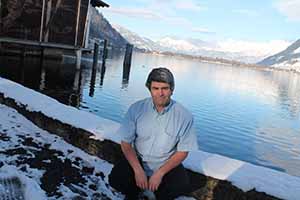 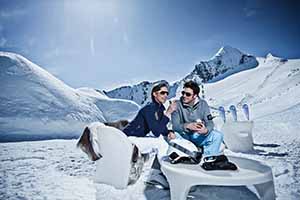 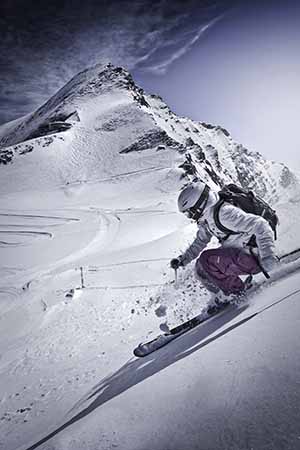 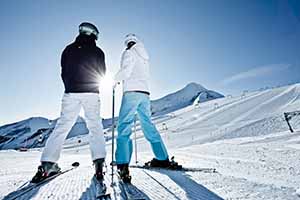 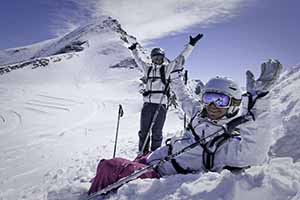 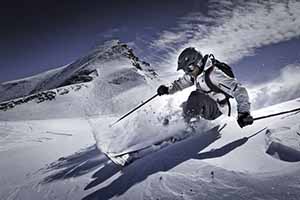 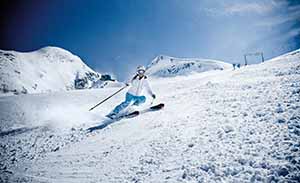 It is always comforting to turn a bend on a ski slope and look up at the Wilder Kaiser, emperor of the winds.

The Kaiser is constant as everything changes around him in these mountains, Lifts have been revamped and updated.

Artificial snow making machines have been installed by the hundred (after a bad winter in 2007-8), to safeguard against slow-starting seasons.

After a big dump of snow in October it was dry for the weeks before Christmas. “We did not know where it came from but we had snow on Saturday night,” Anita Baumgartner of Skiwelt tourism said. “We had the best ever start to a season and then it dried up.”

The absence of snow was a problem. The tiny sprinkling we got was called a mausefalla, up to the knee of a mouse.

The Skiwelt invested Eu11.5m in snowmaking and it paid off.

When I visited in December parts of the region looked like a tin of white paint that had been tossed from side to side, with white spills of slope down the green mountain.

Ski instructor herearound for the past 29 seasons Hubert Treffer says it has opened up new options for skiers. “All we need is minus three and we can make snow. It gives us a wide range of skiable piste even at the start of the season.”

The emperor is also snowcapped, looking down on all, granity eyebrows raised in astonishment.

There are surprises in the hills. Up at the Alpeniglu Igloo Village near Brixental, they reconstruct a village of igloos every year skiers can stay (Thursday to Sunday), sup and get married.

At the nearby ski school Christoph Stoeckl, whose youngest student is 14 months, showed us his no-boots-needed skis for children under the age of two.

At 1,300 metres in the mountain above St Johann is a real treat, Ann Marie Foidl, president of the Austrian Sommelier federation, runs a restaurant Angerer Alm in Obergurgl where her daughter Katharina Foidl serves up Tyrolean home cooking, with 3 – to 5-course menus in the evening, utilizing the own dairy farming, the herb garden and the produce of surrounding farms.

Even the toilets are a work of art, the taps simulating water that pours onto your hands from a tin jug.

The wine cellar beneath would not be out of place in a posh Parish eatery. But don’t go to the wine without tasting her elder flower cordial. Our lunch there took four hours and we were reluctant to leave.

The director of the tourism office, Gernot Riedel, delayed a meeting to sing an old folk song about a lover’s tryst in a mountain hayloft.

There is a toilet with a better view, the Sonnenalm in Skiwelt, where skiers do number one looking at the breath-taking mountains beyond. Piste takes on another meaning there.

Nine core resorts in Austria have been serving the Irish skier for decades. While the favourite destination of English skiers is France, Ireland prefers Austria and we keep going back for more.

The resorts of the Skiwelt, Westendorf, Ellmau, Going, Scheffau, Söll have been favourites for three generations of skiers.

The two big ski operators who serve the Irish market have tried to sell us other night options, but they didn’t work. Tour operators say that even those new resorts which have access to the same slopes don’t work.

It is a habit thing. We like going back to our favourite bars, and we like the prices there, Eu10.20 for a schnitzel in Westendorf and Eu19 in St Anton.

All across Europe the days when resorts operated their own slice of mountain ended two decades ago with the linking of huge ski areas with cable cars and funiculars, the Four Valleys, Les Trois Vallées, Espace Killy Skiwelt, Paradiski, Grandvalira (there are more).

Skiwelt, accessible from Westnendorf, Soll and other places, claimed to be the biggest in Austria. They commissioned research to prove it and found they had 279kkm of slope. Other resorts were exaggerating their numbers by claiming more than one run down the same slope. A one kilometer bus ride brings you to Kirchberg to access more slope.

They also have 10km of floodlit piste for the night skier.

It means a wide range of accommodation choices for the skier includingeu22 a night pensions and eu70 hotel options.

At night when we tested the floodlight experience, we found the mountains more enchanting than ever. The slopes were empty and crisp with the clear night air, the stars cavalcading around us from horizon to horizon.

I try to remember the instructions to be a better skier. Big toe, little toe, tilting lateral movements, always facing down the fall line.

The emperor of the winds was still there, black and laughing at our lack of grace.

Eoghan Corry was hosted in the Austrian ski slopes by tour operator Topflight www.topflight.ie, 01-2401784 or your local travel agent. He flew via Munich with Aer LIngus. www.aerlingus.com