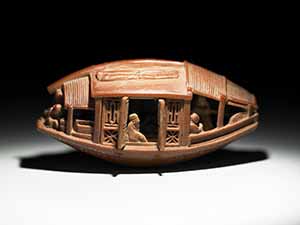 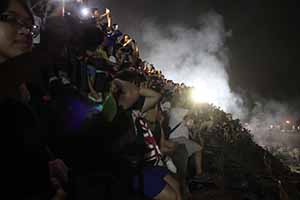 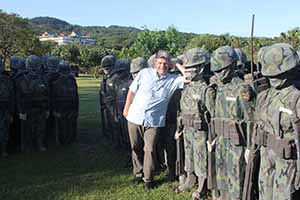 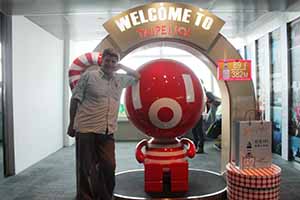 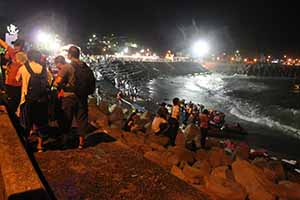 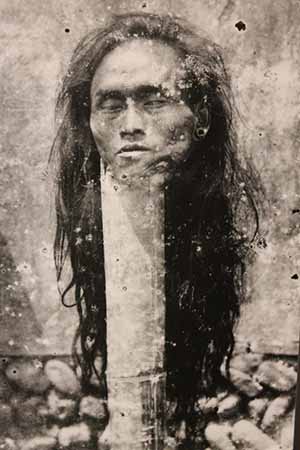 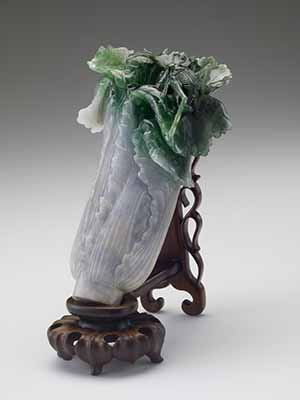 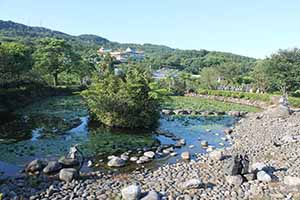 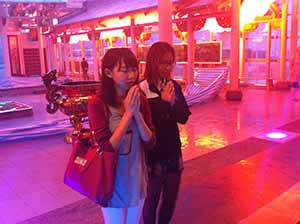 China is very big. So having China writ small is a good idea. When Mao rolled into Beijing a subsection of the sprawling fallen empire transported itself off to Taiwan, bringing the various customs, food styles, religions, languages with them, along with the treasures of the museum.

Since then Taiwan has been trying to disentangle itself from the post-war morass. It claims to be the real Chinas, so does Beijing. They both believe in one China policy and instead of growling at each other have started to co-operate economically. It is a deft three-card trick, in Taipei airport there are three channels for passengers, international, domestic and mainland China.

Foreigners cannot take the mainland China flights yet – that would complete the appeal of Taiwan, as part of a greater China tour.

The purpose of my trip was to see the ghost festival at Keelung, and the rain has mercifully cleared to allow us sit by the sea shore and watch the spectacle of boats be set alight and pushed by young men to sail out into the waves.

“if you successfully push the lantern into the deep water it will calm the tide” local teacher Lu Jan Lin tells me. Her friend, hearing I am from Ireland, greets me with “Dia dhuit.”

Ghost month, the seventh lunar month, is when the gates of the underworld open and spirits roam free, causing havoc among the living. Offerings are made to appease the dead,

One or two are toppled and doused by the winds. Others are scattering big squares of yellow joss paper, ghost money, into the waves. They are there as a gesture for those who died at sea, Spaniards, Dutch, Japanese, French, all fighting over the prime water harbour in northern Taiwan.

We stop by the Quingan temple where monks are chanting sutras.

Taiwan is the most over crowded country I have been to since Malta: 23m people packed into an area two-thirds the size of Ireland. Its capital Taipei is a teaming city of 2m people, and the traffic, contrary to what I had heard, moves. The metro was close to our hotel and fares are cheap. Prices in the markets are enticing, I found them about 20pc above Bangkok prices.

This is luxury, but you need an engineering degree to work the switches in the room. I cannot switch off the lights to sleep. My American travel writer friend James Ruggia has a phrase: “as complicated as an Asian hotel room.” My room 1008 in the five star Palais de Chine in Taipei is as big as the caravan I shared the previous week in France with my mother-in-law and two teenage and 20-something daughters.

The Taipei 101 building was the tallest in the world when they opened it in 2003, and the first to break 500 metres.

Since then the Burj Khalifa in Dubai has taken its crown but Taipei 101 still claims other accolades, the world’s highest outdoor gallery and the world’s fastest lift/elevator.

The slogan on the ground floor declares, without any pretence of modesty, that this is the greatest engineering feat in world history. They have a point, it sounds like a daft idea to build a 508m beanpole in an earthquake zone.

The storyboards tell us that there are seven pillars to protect the structure in the event of earthquake. The skyscraper is alone in that celebrates its wind damper, allowing visitors to walk around this great space age dumbbell ball and admire its roundness.

What does one do with a tall building other than offer a view of the hazy landscape around? Not a lot.

I have climbed seven of the world’s ten tallest buildings, including the New York twin towers before they were attacked, and have long concluded that they all do the same thing: all of them have a viewing gallery and all of them, at this stage, have so many grids to prevent jumpers that you cannot see the views from the outdoor gallery.

The Chinese National Palace Museum is rightfully regarded as one of the world’s greatest collections, 655,888 pieces most of which have never been put on display. They were collected by millennia of emperors and the fact so much survived intact is amazing, having been shipped to Keelung to escape the Japanese and to Taipei to escape Mao. There are amazing 7,000 year old bells and stunning 12th century calligraphy, but the piece everyone comes to see is an odd piece of flawed jade, the cabbage. It is the Mona Lisa of the collection.

The aboriginal museum in Taipei is, as these things go, interesting. The 14 tribes of Taiwan have fought to keep their identity and language alive, and here they have a celebration of their culture. The best bit, however, is in a room in the basement with Chinese-only signage: pictures of head hunters from 1900 and the years beyond.

My guide Szu-Yu Huang explains if you get the head of a strong person and bring it back, feeding it (sticking food in its mouth) to prevent its spirit going back to its own village and coming for revenge, it will integrate with your ancestors and make your family homestead stronger Sounds like a plan.

Taiwan had its best bib and hanfu on for my visit a circuit of Taipei, Tamsui and Keelung.

We are on a folk and culinary tour. The usual tourist trip takes in Taroko Gorge or other sights in the eight national parks. Our focus is in the kitchen, we have a lot of lunches and dinners that go on forever. They eat snake semen here but it isn’t on any of the menus.

The tastebud tantalising restaurants we are visiting fed us amazing dumplings, one bite and hot soup explodes all over your mouth. Dumplinged to death? I survived.

Eoghan Corry travelled to Taipei with Air China via Frankfurt, a convenient same terminal transfer from Dublin. He was a guest of the Taipei information office in Dublin.