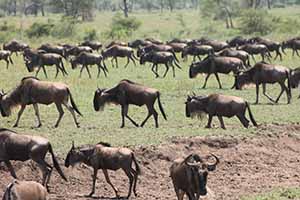 The line of beef-to-the-heel wildebeest seemed to go for three kilometres.

As the flock crossed the road they gave a chorus of small low meek maaaw sounds. Some of them stopped to drink in the many puddles of water.. 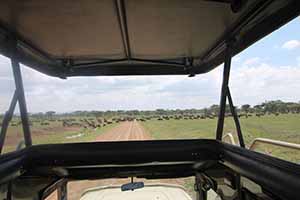 The horns go almost a full circle. The wildebeest all have beards like elders, in a mosque., and a worried countenance as they glance in our direction and look away again as if tourists are just a distraction, which they are. 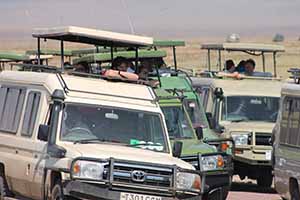 When the land rover bounces they call it the African massage. We were well massaged by afternoon in the Serengeti, a place with a magical name, and rightly so.

Game drives are the same the continent over. They come in three phases, an early morning drive commenced before daybreak, an afternoon when the heat begins to abate, and a drive at dusk. Seeking animals to shoot them with camera lens is exhausting. 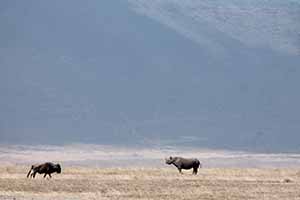 The afternoon game drive featured fly killing, lots of it. They descended like wildebeest in February during the migration and decided our safari vehicle was their final destination.

I learned that tsetse flies can bite through trousers, As we spattered them against the windows the blood from a previous conquest spewed out of many of them. Red blood, always red, but the tsetse is blue blooded in agricultural history. I can see why. 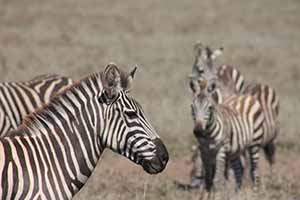 There is a lot of looking, a lot of waiting. There might be something edible out there in the long grass that even the tourists have missed. The rock is grey, reflecting the sun and gathering heat as the morning progresses. 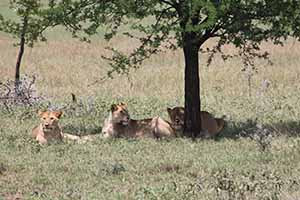 One of the lions we have come to watch has its head down on the rock, Another has the chin on its paws and the third has lifted his head to look. It lifted it as a vehicle drove by but did not look in that direction. A small hill is under the third lion’s stomach as if helping it to digest. What are they looking for? Is there something edible out there in the long grass?

A short distance away another three lionesses sat under a tree licking their paws. 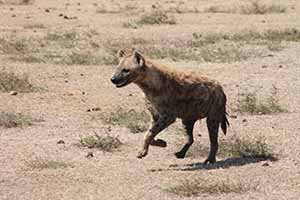 A spotted hyena yawns. We do the same.

When he moves he trusts his whole shoulder forwards. The two back legs toddle along behind like a pigs the tail hangs long and low like a woman’s hair. Then, two more hyenas moving about thirty metres apart, ears back, looking awkward, as if they were panting for breath, finding each step troublesome. 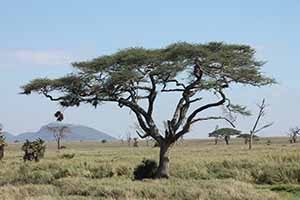 A group of dead upturned trees and then under the umbrella canopy of the acacia a cheetah lying down, the stripes visible in the grass, turning to look every now and then, flicking its ear as if a fly had landed, scanning the vehicles around and wondering is it s good or bad day for tourism. If the lion is the king of the prairie, the cheetah is the sporting hero with Olympic medals around its chest, prone to injury and when they get hurt, the consequences can be fatal

Then the camera click, and the shouts of people to each other.

Can you imagine trying to sleep under your acacia tree and keep an ear cocked for enemies or enemies or potential lovers and have a Land Rover idling thirty metres away? 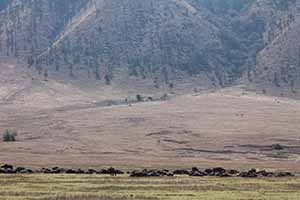 The Ngorongoro crater is bigger, rounder and longer than you might expect. The land was brown, just barely edging towards a bluey green early morning colour when we arrive. Little shafts of sunlight were peeking through the clouds which were greyer than Africa should be. But above al it was the wind, a howling wind like you might get out of a movie about Antarctica and early mist with storyboard on each side of the red tinged road suggesting there was something to see if the fog cleared. It could have been in Kerry. 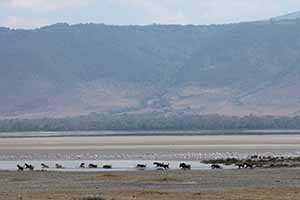 Short, short grass slow growing and rushes peeking up from the red and yellow rock.

A real herdsman stands erect with a real goat, stick by his hand, walking over the hill, his blue blanket blowing in the wind. 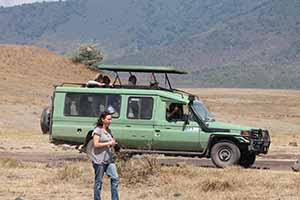 A tiny krall, baely bigger than some of the lodge villas in the luxury resort, sits in the valley. People walk in different directions away from this. The colours stand out against the landscape.

People walk in different directions away from this. The colours stand out against the landscape. The animals and birds know that a human being comes in two colours, red or blue. 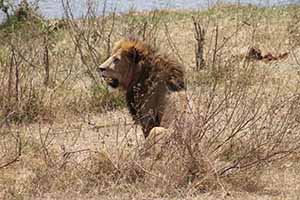 The sun came out and brought a transformational effect on the landscape.

The bushes and scrub looked for all the world like single stemmed hawthorn, all getting taller as you descend in to the crate as if plucking up the courage to draw attention to themselves.

When we reach the top, the paved road comes to an end and we are back on a beaten red pathway and it is time to close the roof.

Camera shutters can sleep easily. The animals can now do private things away from the prying eyes of Olympus, Canon and Nikon.

Eoghan Corry flew to Tanzania with Ethiopian Airlines, who commence a 3w service from Dublin to Addis Adaba on June 19 2015 and onwards to 21 domestic and 70 international destinations, 40 of them in Africa. He flew to Arusha with Precison Air and was hosted by the Tanzania n Tourist Board in Serengeti.