Neon is the word that defines Route 66. 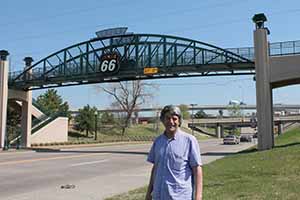 Is it still there? Very much.

The Route 66 of the 1950s, the motels and diners where girls with tossed hair and flouncy dresses hung out, was something that was created by Hollywood to entertain the rest of the world. 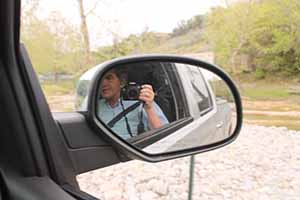 The gritty Route 66, where the car would be stuck behind a slow-moving, smoke-belching truck, unable to pass for mile after mile, was something a lot less glamorous, something that tourists even if they could experience it, would find less enjoyable than the romantic version that they have imagined and reimagined and these reimaginings have been reinforced by marketing campaigns crewed by people who were not even born when Route 66 was at its heyday. 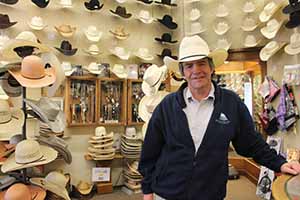 It is in the small towns that you find Route 66 at its most original and glamorous, red brick, red tiled roofs the signage from all ages and vintages, large trucks ferrying produce, it gives you a sense that the Route 66 golden age was not long ago and they even be just beginning. 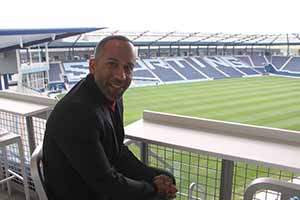 Route 66 has become a tourism cliché, of course. But the cliché mongers are happy to confine this to the roadside cafes and merchandising opportunists all of whom have attached imagery declaring their allegiance to Route 66 (the legend) rather than do with anything that would interfere with the relentless march of modernisation and covering up the past that is such a delicious feature of the America we know and love to visit. 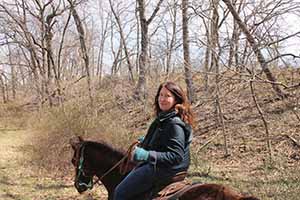 There is enough real stuff flying by as you drive to convince you the journey is worthwhile: AJ’s gun and pawn shop, Sonic, Star Tyres, Donut palace, stop and shop markets, Golden Arches, spirit bank and American flags inside the houses with porches. The ubiquitous churches, lots of Baptist but not just Baptist, Methodists occasional Presbyterian or Catholic and the Episcopalians who still own America. 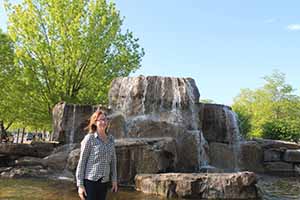 The question is how much of Route 66 has ANY historic value. The road has been repaved so often the contours have been cut through.

The conflict between operating a working roadway where people live drive and preserving an original road bed was no contest in America.

Maybe we are looking for something that never existed in the first place. 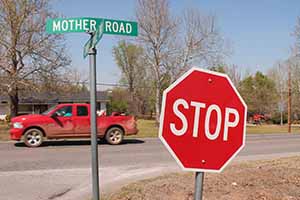 The surviving prairies of the Flint Hills define the image that Kansas conveys to the world.

Dorothy and the tornado won’t be dislodged from popular culture very easily but now there is an alternative icon of Kansas for everyone to talk about. 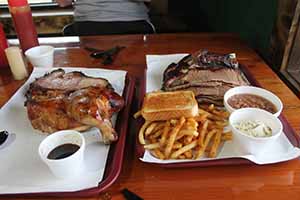 The quick explanation goes like this: the hills were too stony to yield to the plough, so the USA was left with something approaching a preserved belt of prairie land. It took ages for anyone to pay attention to this legacy, and, now they have they wonder why it took so long.

People of the prairie and proud of their landscape and love to show it off to whoever passes through.

This is one of the world’s great drives. The grain silos are the skyscrapers of the rural countryside, like cathedrals in the skyline. 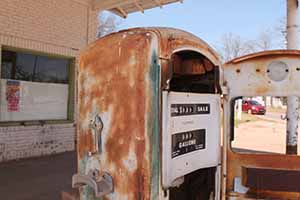 To really see this country, ditch the car and saddle up. My companion Mary Cronemeyer of Circle S Ranch and Country Inn near Lawrence could not have been a more experienced horsewoman. For Mary fell off a horse before she was one year old. 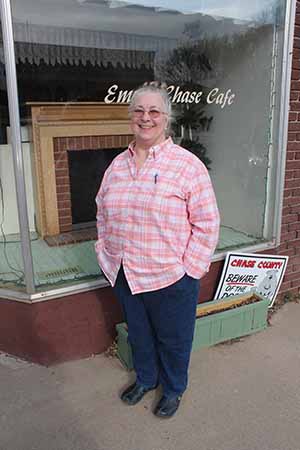 And Mary still loves to ride. When I came to her ranch on a sunny day in April, it was still cold and the last residue of winter wind was gusting across the prairie.

The wind has such a presence here, it is like an extra character in every story.

I assured her I was made of strong stuff, and we took to our horses. With great scenery, great conversation, and lots to talk about, it may have been one of the best afternoons I have ever spent in my rambles across seven continents. 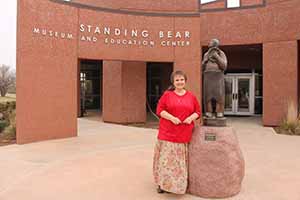 “The seasons are what make the difference here,” says Sue Smith in her café in n Cottonwood Falls. “In Texas you have two seasons, hot and hotter and hell.”

“I was asked why I came back 16 years ago. My ears heard my mouth say: the sky.”

“When it is mean and ugly it is still amazing. When it is clear and bluebird sky it is amazing. The thunderstorms are amazing. Out here you can see stars.”

“Verdant is the word. It describes our prairie.”

“We believe in grass routes. And our grass has long, long routes.”

The rural economy of Kansas has changed. Where once there were lots and lots of farmers and cowboys, now a handful of ranchers control the region like 19th century Irish absentee landlords.

It is the day trippers and the people looking for the residue of old Kansas that keep towns like Cottonwood Falls and Council grove together. In Council Grove I had the most polite petrol retailer I may have ever men and welcomed me. A previous trip in 2007 met its high point in Council grove when a few impromptu songs, as one needs to when one comes from Ireland (to fulfill the national stereotype), lead to an all-night party with a violin accompanied rendition of home on the range.