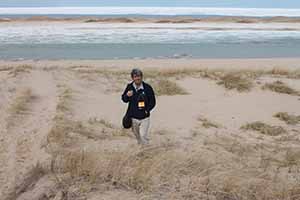 Every museum, wherever you go in the world, has two artifacts, the two that, if you are in a hurry, you can nip in to see and rub your hands together with satisfaction that you have done your duty.

The two in the Gerald R Ford Library and Museum in Grand Rapids, Mihcigan are two of the strangest, easily selected and easily seen, the tools that were used in the Watergate break in and the stairs used by the Saigon evacuees in that famous last helicopter out of Saigon photograph. 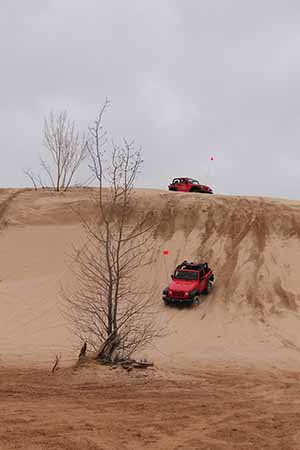 Unsalted is the slogan. They use it copiously, like the Great Lakes district was a menu and it was there to counterbalance the cheese from Wisconsin or the deep pan bounty from Chicago.

If you believe the locals, Michigan IS a restaurant, if the food providers and the flag wavers for the local restaurant scene are to be believed.

The lake shore is its beauty spot, lung for a state better known for manufacturing automobiles and, in later years, the documentaries on screen of Michael Moore chronicling the demise of same. In Michigan they will tell you that the people are its greatest asset. “They are friendly,” they say and invite the comparison, in contrast when Chicago (people who are friendly are always in contrast with some neighbouring state).

The shadow of Chicago is everywhere. 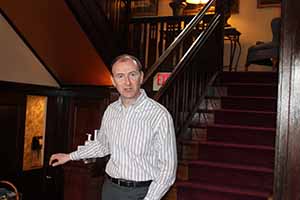 Sean Glynn from Tuam runs a period hotel, the Belvedere Inn in Saugatuck, a little hibernating town where you can get the bus everywhere for a dollar and take paddle boat tours of the lake. Chicago is a culinary capital, but Sean gets them here with the quality of his tasting menus and wine weekends. 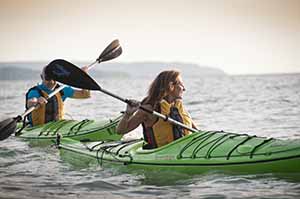 Things get better as you go north in Michigan,” our guide Dave Lorenz commented. “Tip of the Mitch is a six hour drive.” But we weren’t going that far.

He is as much at home on a kayak as a tour bus, but I was with a group of international tour operators and media of varying interest and ability, so there was going to be no white water this trip.

The best we did was to bash dunes. At we joined a crazed circuit of 4×4 Schumachers who were determined to keep their boy racer status into middle age, a playground of 500 acres of sand dunes to play in. 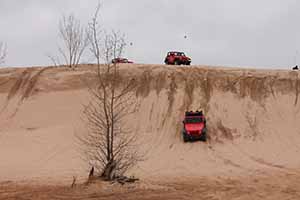 They are proud that Al Capone came out here for his holidays and stayed with a mistress who took his great secrets to the grave with her. This side of America has a short history but one full of ambitions and dreams. 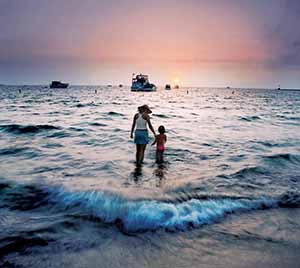 They tell visitors that there was conflict too, between the wealthy weekenders who came from Chicago and the locals who stayed and endured the hard winters. This was rich farmland, with adequate water to keep industries like cherry sustained.

At the Top of the Park, a skyscraper on the lake in Traverse City, they serve desserts laden with the local delicacy.

“Cherry Capital of the USA,” proclaims their sign. Almost every town in the USA has to be capital of something,

Life is a bowl of cherries here, apparently. 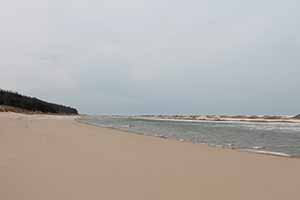 What was the abiding memory? It came early in the visit, in one of the first stops on the shores of Lake Michigan, still frozen over. The lake froze this winter for the first time since 1979.

The state bird of Michigan is the robin, and that rhyme about the cold wind doth blow seemed appropriate as we gazed from a shredded beach on to the frozen lakescape.

It was almost cold enough to swim.

The locals said you should see it in summer.

I didn’t feel the need. That frozen lake is in my memory for ever. I wanted to keep it that way.