Trending
You are at:Home»Destinations»2014 Destination Archive»Detination of the day: Seamus Heaney Country 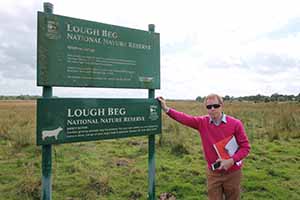 Unusually for a poet Seamus Heaney knew a thing or two about marketing. His poems were accessible and direct and occasionally emotional.

The same could be said about the Heaney tourism product which is wining its way into the itineraries of the world’s literary footstep tourists, fans, and Heaney-boppers who used to turn up in such large numbers for his performances and to buy his books.

Heaney’s most powerful performances would have included the Poet and The Piper with Liam Óg Ó Floinn as seen at Derry fleadh in 2012 or at Willie Clancy week in Miltown Malbay. There are few things as refreshing as finding there is another dimension behind the poetry of one so recognised and analysed, and that is what happens on every step of the journey through Heaney’s childhood terrain in a small group of adjoining parishes in South Derry. Heaney grew up on a boarder, several borders. Tour guide Eugene Kielt will bring you an important one beside the homestead of his early childhood. 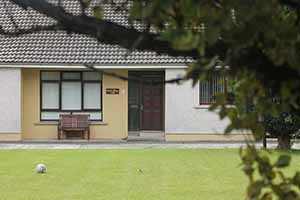 It is a drain, culverted under a road on the diocesan border between Derry and Armagh, the border between his enforced choice of school, St Columb’s or St Pat’s,

To see the fast rushing Moyola, you can walk through an estate in Castledawson, its identity crisis manifested in lamposts festooned in Union Jacks and Unionist and Scottish paramilitary regaliia.

Here Eugene read Heaney’s own requiem to the borders of his childhood, the border between the territories of the conqueror and conquered. His ancestry came from both sides of that river and the tour is at its most interesting and edgy when it moves from the marsh and the bog and the homesteads of Bellaghy into Castledawson and Magherafelt. 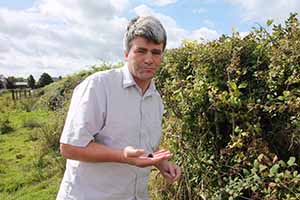 Bellaghy has the look of a tidy village, a well finished place a bit like a completed free verse poem with the final dot applied to it. The Bawn is a white house that sits on top of a hill surveying the length of Castle Street. The name indicates there was once a planter’s castle here, but now the whitewashed walls are garrison the memory of the hinterland’s most famous resident. The Heaney Collection in an upstairs room is small, The satchel he carried to school and a collection of his books, some photographs of a more youthful smilier laureate than we are used to, a picture of him in the bar and an engraved copy of Digging, his most famous poem, familiar to Irish school children of three generations now, was in his very first collection. The prize won so young.

There is no headstone on his grave, a year later, but that is no deterrent to the increasing number of people seeking his last resting place.

There are two signs directing you past the large parish, its square tower comfortable of its and its community’s positions in a countryside divided between conqueror and conquered for 300 years. with all the baggage that entails. 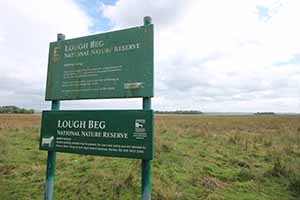 A simple wooden cross sits on his carpeted grave by the cemetery wall. No horseman passing by, the epitaph has not yet been decided. There is a quiet unpretentious air to these villages.

South Derry, like much of rural Ireland, has kept the fabric and integrity of its terrain and community so apparent in those early poems beneath the surface of gentrification and aggrandisement.

That is what great landscapes do. Landscapes do not come greater or more familiar than those of the Heaney trail.

Eoghan Corry visited Derry and toured the Seamus Heaney trail as a guest of Northern Ireland Tourist Board. www.discovernorthernireland.com