Walt Disney World has increased ticket and annual passes at its theme parks in Florida. For most Disney theme parks, mid-tier tickets will cost $107, up from $102 (excluding tax). Peak season tickets – generally for springtime breaks, summer and Christmas break– will cost $119, up from $114.

“Our pricing provides guests a range of options that allow us to better manage demand to maximize the guest experience and is reflective of the distinctly Disney offerings at all of our parks,” the company said in a statement.

Prices for Disney tickets have typically risen each February, the Orlando Sentinel reported. 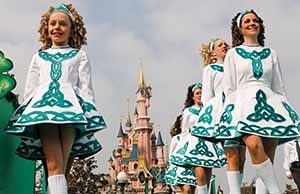 The price increases come into effect a few months before a new land based on “Avatar” will open at Disney’s Animal Kingdom. Overall, attendance declined 1pc at Disney’s US theme parks in 2016.

And the company could be reaching the point of pricing out potential visitors, said Bob Boyd, an analyst with Pacific Asset Management: “We believe it’s going to become increasingly difficult for Disney to continue raising theme-park prices,” he said.

Disney will also eliminate the “water park fun and more” standalone option, which had combined admission to Blizzard Beach or Typhoon Lagoon with a golfing outing or a visit to ESPN Wide World of Sports Complex. Visitors can still get the combo with a park hopper ticket.