The Trump International Golf Links & Hotel in Co Clare was joined on the winners’ list by the Lough Erne Resort in Co Fermanagh, which hosted the US President-elect’s predecessor, Barack Obama, in 2013.

A spokesperson for Trump’s property said in a tweet: “Delighted to have won “Best Overall Resort” at The Golfers Guide To Ireland Awards.” 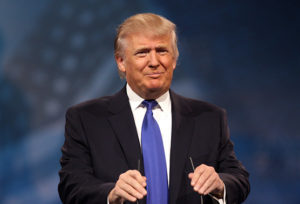 Martin Mangan, General Manager of Dublin’s Conrad Hotel accepted the award for Best Golf Hotel, while  Hugo’s at Druids Glen was the winner of Best Restaurant Leinster. The Ulster title was won by the Slieve Donard hotel for its restaurant.