Trending
You are at:Home»Travelextras»Harvey’s Point named 10th in Europe and Bishop’s Gate 14th in TripAdvisor awards 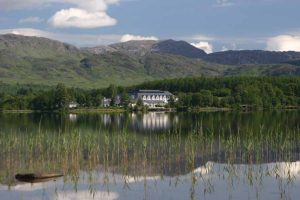 Harvey’s Point Hotel in Co Donegal has been named tenth in Europe and number one hotel in Ireland for the fifth successive year the 2017 Travellers Choice’ Awards.

In another boost for the north west, the Bishop’s Gate hotel in nearby Derry was named 14th in Europe and named number two in the British rankings.

Harvey’s Point Hotel tenth in Europe ranking, chosen by TripAdvisor readers, was up three places from its 13th place in 2016. Harvey’s Point was placed ahead of Ashford Castle, The Merrion Hotel Dublin, Killarney Park Hotel and Hayfield Manor Cork.  Harvey’s Point was also ranked ‘No 1 Hotel in Ireland’ for service and came second in Ireland for ‘Romance’. 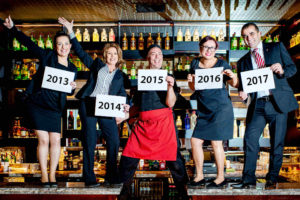 The team at Harvey’s Point

Destinations-wise, London was voted no 1, with Dublin ranking 22nd in the European category. The best beaches category was dominated by Kerry.,

Dublin had two of the top five attractions:

Harvey’s Point hotelier Deirdre McGlone said: “This award belongs to our dedicated team, each of whom play their part in the Harvey’s Point success story. Our heartfelt thanks to our many guests who wrote so favourably of their experiences at Harvey’s Point. We are immensely proud of this great achievement which encourages us to raise the bar even higher in delivering the highest possible standards of hotel-keeping and hospitality’.”