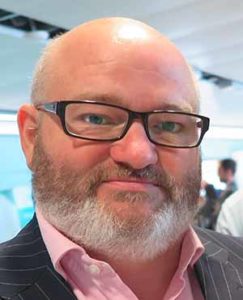 Dublin Airport handled 3.2m passengers in August 2018, making it the busiest August in the airport’s 78-year history. There were similar passenger numbers in July.

Passenger numbers increased by 6pc, helped by 14 new routes over the summer and extra capacity on more than 50 existing services.

Dublin Airport is planning to expand its immigration control area at its Pier 1 and Pier 2 facilities in an effort to have “greater queueing capacity” and to improve passenger flow and immigration processing.

Paul O’Kane, chief communications officer with the DAA, said Dublin Airport is enjoying the fruits of success but that success brings its own challenges. We are enjoying record passenger numbers and that has a hugely positive impact across the economy. The passenger numbers we welcome into Dublin actually translate into visitor spending and visitor traffic right across the country.

Earlier this week, Aer Lingus and accountants EY published a report that said developing the airport as a transatlantic hub could generate €18.6bn for the economy. We will shortly begin a formal consultation process on a €900m capacity investment plan which will allow Aer Lingus – and all our other airline customers – to continue to grow their business at Dublin Airport. That plan, which includes provision for a 30pc increase in aircraft parking stands, new boarding gate piers, enlarged immigration and CBP areas, and modifications to the two existing terminals at Dublin Airport, is complementary to the North Runway project which is also essential to enable the further development of the airport in line with the State’s National Aviation policy.

Their plans and our plans are completely aligned. It is national aviation policy to develop Dublin Airport as a hub, and we are already doing that. This year we will have around 2m transfer passengers at Dublin Airport, and that’s a business that didn’t exist in 2011. That’s 2m passengers who don’t begin or end their journey at Dublin, so they are using it as a hub and then flying across on transatlantic flights. This summer we had 10 airlines operating 446 flights to and from 20 destinations in North America. We are investing heavily to expand that business.”

The airport is working on the procurement process for a new runway and they will be announcing the placing of that contract in the very near future. We should have the contractor on site in the fourth quarter of this year.

Developing the airport as a hub will require further infrastructural changes. Parking stands are particularly important because obviously a lot of the transatlantic traffic for a hub is on a wide body plane. But one of the advantages that Dublin has is the new generation of aircraft are now able to take transatlantic flights on a narrow-bodied aircraft which have a much longer range, so we’ll be adding parking stands for narrow bodied or wide bodied aircraft.

The airport will see the construction of more aircraft boarding piers and modifications to the existing terminals. Another advantage of Dublin Airport is its location and it is ideally situated as a hub. For a lot of people in Europe, it makes complete sense to fly through Dublin as you’re flying in the right direction. We haveUS pre-clearance which no other capital city in Europe has, and if people are travelling to the United States, they can avail of pre-clearance in Dublin. When they arrive in the US, the first queue they’ll encounter is the taxi queue.