Trending
You are at:Home»Aviation»Dublin Airport heading for 31.4m this year if 6pc rise in January figures is sustained

Dublin Airport is poised to rise above the 30m passenger mark this year after falling just short, hitting the 29.6m point last year. Just under 2m passengers travelled through Dublin Airport this January, a 6pc increase on 2017.
This year will also see the arrival of three new airlines to the capital. Iceland Air will fly 6w to Reykjavik from May, Cathay Pacific will start a 4w service direct to Hong Kong from June and Croatia Airlines will operate a 2w service to Zagreb from May to October. Hainan Airlines has also applied for a licene to operate services between Dublin/Edinburgh and Beijing, while Aer Lingus is tipped to add Denver to its growing transatlantic network. 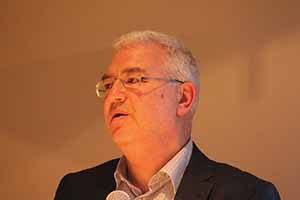