Trending
You are at:Home»Travelextras»Dublin hotels hardest hit by Brexit says Dalata as it announces new build in Manchester

Ireland’s largest hotel group, Dalata, says Dublin is being hardest hit by the Brexit fallout, with provincial hotels suffering to a lesser extent.

The group is to build a new hotel in Manchester under the Clayton brand, as it announced that profits for the first half of the year shot up 80pc to €32.7m. It said that “the performance of our hotels across all three regions has been strong in July and August and the outlook remains positive for the balance of the year”.

It added that “Dublin remains a key market for the group” but added that “the regional Ireland cities are not as exposed to British visitor numbers and continue to perform strongly”. The group is concerned that falling sterling since the Breat-imeacht vote has affected the number of British visitors coming to Dublin, but added that “this has been more than compensated by an increase in the number of visitors from North
America, Europe and other markets. Demand for rooms remains high in the city.” 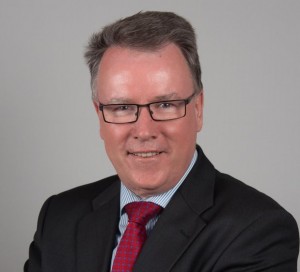 However, sterling remains a big issue, and the group added: “A significant reduction in the value of sterling would also make Ireland a more expensive destination for British visitors which in turn could impact on the number of British residents staying in Irish hotels. British visitors are an important part of our business in Ireland but it should be noted that 85pc of our rooms in Dublin are sold to either domestic consumers or visitors from countries other than Britain. Only 6pc of our rooms sold in our regional Ireland hotels are to
British customers.”

On the plus side for the group, the weakening pound has helped its hotels in the British market. It said that the second half of 2017 has seen further growth in the size of its owned and leased portfolio. The
recent acquisitions of Hotel La Tour in Birmingham together with a significant part of the freehold
interests of Clayton Hotel Cardiff Lane and Clarion Hotel Liffey Valley “will provide further
opportunities for earnings growth for the balance of 2017 and the years beyond that”.

It said it’s continuing to explore opportunities in the British and Irish hotel markets to expand its portfolio,  while construction of the group’s four new hotels in Dublin, Belfast and Newcastle is well under way. Work begain in May on the 141-room extension at Clayton Hotel Dublin Airport. Construction of the new Maldron hotel in Cork and the extensions at Maldron Hotel Parnell Square, Clayton Hotel Ballsbridge and Maldron Hotel Sandyroad will all commence in the final quarter of this year. It said it remains “focused on delivering the current pipeline of over 1,280 rooms on time and within budget. This pipeline
has the potential to significantly enhance earnings in 2019 and beyond.”

Pat McCann, Dalata Group CEO, said: “I am very pleased with the opportunity that we have secured for a new 300-room Clayton hotel in the centre of Manchester. The location at Portland Street is ideal and Manchester is one of the most attractive cities in Britain to operate a hotel. This deal, together with our recent acquisition and subsequent sale and leaseback of Hotel La Tour in Birmingham, is evidence of our ability to source and execute deals in Britain.”