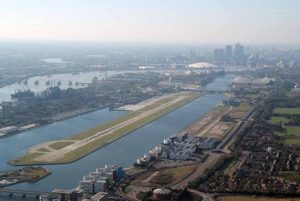 Protesters on the runway at London City airport have been removed having brought airport operations to a halt for six hours. Seven protesters were arrested. 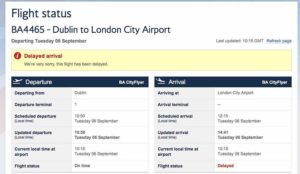 The airport tweeted at 11.30 BST: Protestors have now been removed. We are preparing the airfield to resume operations as soon as possible..

Cityjet said it is monitoring on an ongoing basis the situation with regard to the security incident at London City Airport (LCY) and its impact on its flight operations. As a result of the incident we, along with other carriers at the airport, to suspend flights to and from London City Airport. CityJet is operating a limited number of services from Dublin and Amsterdam to London Southend Airport, with complimentary rail connection to London, to facilitate passengers disrupted by the actions at London City Airport. We very much regret the disruption to our customers’ travel plans as a result of this incident. We would hope to have flights return to normal as soon as practicable. We remain in constant contact with the authorities and management at London City Airport. Once we are in a position to resume our normal flights we will inform our customers. Updates are being provided through CityJet’s social media throughout the day.

London Met Police said they were called to the site at about 05:40 BST after nine people erected a tripod and locked themselves together on the runway. Officers negotiated with the protestors and specialist officers arrived to ‘unlock’ the protestors.m At approximately 09:30hrs officers started to arrest the protestors. Nine people have been arrested on suspicion of aggravated trespass, being unlawfully airside, breaching London City Airport bylaws. All have now been removed from the runway and taken into police custody.

The Black Lives Matter English movement told the BBC it is responsible for the protest.

Black Lives Matter England tweeted: “Activists in support of BLM shut down London City Airport to protest environmental impact on black people.” In a further post, it said: “At London City Airport a small elite is able to fly, in 2016 alone 3,176 migrants have died or gone missing in the Mediterranean #Shutdown.”

READ  Why Malta is the perfect destination to visit