Trending
You are at:Home»Aviation»Dublin and Shannon up in January as Irish Aviation Authority reveals flight growth

January 2017 figures for the three State airports, when compared to the same month in 2016:

The Irish Aviation Authority (IAA) revealed that air traffic grew by 7.5pc (or 81,373 movements) in January 2017 compared to the same month last year.

Eamonn Brennan, Chief Executive of the Irish Aviation Authority, said: “We are delighted to see air traffic in 2017 getting off to a strong start, building on the very encouraging gains of last year. Up to 90pc of transatlantic air traffic passes through Irish-controlled airspace, so I am particularly pleased with the strong growth in our en route traffic. On the domestic front, terminal air traffic at Dublin and Shannon continues to increase strongly with growth of 4.3pc and 5.6pc recorded respectively in January.” 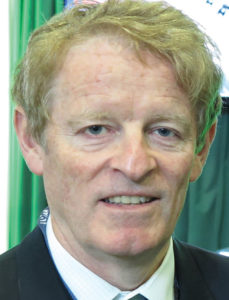 However, as first revealed in Travel Extra last week, M. Brennan added that this performance could be hampered in the years ahead as a result of Brexit and negotiations on airline movements once Britain leaves the European Union.

In terms of domestic air traffic, the combined figure for commercial flights at Shannon, Dublin and Cork airports was up by 3.8pc in January 2017.