Trending
You are at:Home»Travelextras»Dublin's newest tourism attraction to create 50 jobs

Fifty jobs are to be created in a new visitor attraction, The Vaults, in Dublin’s ​historic John’s ​Lane area.

A total of €5m investment is being spent converting the old Augustinian St John’s National School into theatrical sets with live actor-led performances. 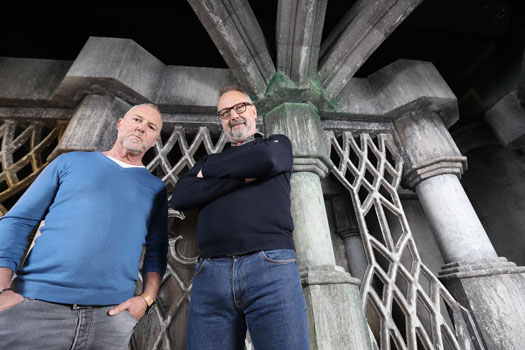 Just over half the jobs will be made up of actors, making the attraction Ireland’s largest employer of full-time performing artists whilst the rest of the jobs will be roles for front of house, food and beverage, retail sales and merchandising assistants, technical specialists, makeup and wardrobe specialists.

The new tourism project is being developed by ​Frontier Entertainment ​which is driven by former broadcaster and ​serial​ entrepreneur Paul Blanchfield and producer and TV programme maker Gerald Heffernan with the creative involvement of playwright and screenwriter Peter Sheridan.

The Vaults will ​offer​ ​up to ​30 shows per day depicting scenes and characters from 800 years of Ireland’s history, told in a fun way. The new premium attraction will position itself in style and offering  with the nearby Guinness Storehouse, Titanic Belfast and Warner Bros Harry Potter Studio Tour in London.

“Our research shows  people want better experiences, more involvement and The Vaults  entertainment model makes this happen in a big way,” said Paul Blanchfield. “We are in a prime location to add to Dublin’s €2bn tourism and leisure offering where over 1.7m adults and families attended arts related events last year.”

The venue will open on June 30, with more details on www.vaults.live