Trending
You are at:Home»Aviation»EL AL to fly Dublin to Tel Aviv 3w year round from May 26 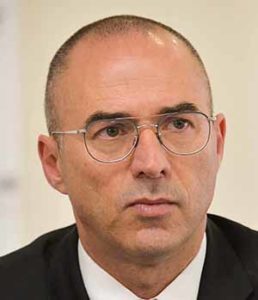 EL AL will fly Dublin to Tel Aviv 3w Sunday, Tuesday and Thursday from May 26, 2020. The routes will be operated by 154-seat Boeing 737s with economy and business class in 16-138 configuration. Sales of flight tickets to the new destinations will begin September 4, 2019 and his handled by ATTS Ireland . Contact Elal@atts.ie.

EL AL Vice President Commercial and Industry Affairs Michael Strassburger: “We are working continually to expand the airline’s route network. To provide a suitable solution for the demands of our business customers as well as for outgoing Israeli traffic, and at the same time to strengthen incoming traffic to Israel, we will offer nonstop flights to Dublin and Dusseldorf, beginning summer 2020. Dublin is an activity base for hi-tech companies and Dusseldorf regularly hosts a great number of international congresses and fairs. We believe that opening new routes will increase business ties and tourism to Israel and will strengthen political ties with the countries

El Al has chartered flights from operators such as MAP travel in recent years. It has launched routes to Nice, Lisbon, Manchester, Las Vegas and San Francisco in the last 12 months.

In March 2020 it will begin flights to Chicago, which will be the only nonstop service from the central US region to Israel, according to the Chicago Department of Aviation.

El Al received its first Dreamliner in 2017 and has now taken delivery of 11 out of an order of 16. The 787s feature a fully-flat business class seat from Recaro as well as its premium economy product, which CEO Gonen Usishkin said earlier this year was proving so successful he was considering adding an extra row.

Ryanair will operate 20 route from Ben Gurion this winter, not including Dublin. El Al has faced other competition on some routes to Europe from low-cost carriers Easyjet, and Wizzair.